A newly discovered CIA document indicates that "Israel" built up a chemical arsenal of its own, said the Foreign Policy Magazine.

"It is almost universally believed in intelligence circles here in Washington that "Israel" possesses a stockpile of several hundred fission nuclear weapons, and perhaps even some high-yield thermonuclear weapons."

These facts were recently discovered by a researcher at the Ronald Reagan Presidential Library in California. He had found, stapled to an innocuous unclassified report, a single page that someone in the White House had apparently removed from his or her copy of a secret September 15, 1983 CIA Special National Intelligence Estimate. 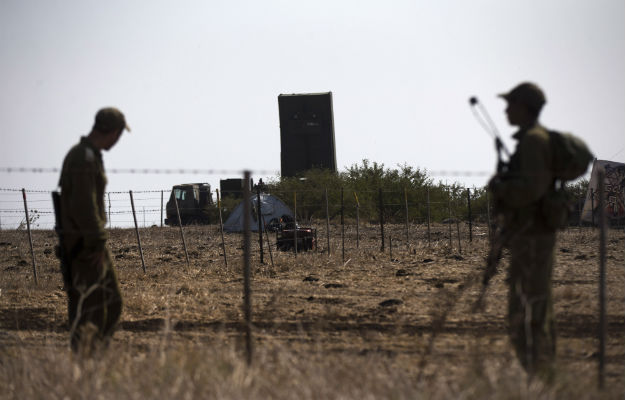 According to the magazine, "Nuclear weapons are not the only weapon of mass destruction that Israel has constructed."

The article said that reports have circulated in arms control circles for almost 20 years that "Israel" secretly manufactured a stockpile of chemical and biological weapons to complement its nuclear arsenal. Much of the attention has been focused on the research and development work being conducted at the "Israeli" government's secretive "Israel" Institute for Biological Research at Ness Ziona, located 20 kilometers south of Tel Aviv.

The FP magazine stated that a secret 1983 CIA intelligence document revealed that "American spy satellites uncovered in 1982, a probable CW [chemical weapon] nerve agent production facility and a storage facility... at the Dimona Sensitive Storage Area in the Negev Desert. Other CW production is believed to exist within a well-developed "Israeli" chemical industry."

Moreover, there are several indicators that "Israel" have possesses at least persistent and non-persistent nerve agents, a mustard agent, and several riot-control agents, marched with suitable delivery systems."
The CIA estimate, a copy of which was sent to the White House, also shows that the US intelligence community had suspicions about this stockpile for decades, and that the US government kept mum about "Israel's" suspected possession of chemical weapons just as long.