The "Israeli" Prime Minister Benjamin Netanyahu claimed that "Iran has ordered that Syria provide Hizbullah with advanced weapons."
He further warned that the Zionist entity "will do all in its power to stop this transfer of weapons." 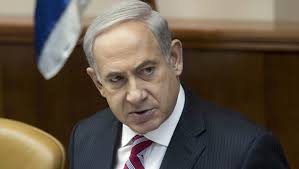 Moreover, Netanyahu denied reports in the media on Monday of "Israeli" forces operating in Syria.

"Any talk of undercover "Israeli" forces operating in Syria is nonsense," Netanyahu claimed.

According to the prime minister, "Syria is in the midst of a long process of breaking apart that is seeping into our area."
"Iran is providing al-Assad with money, resources, and advisers," he claimed, and noted that "for 40 years the Syrian border had been peaceful, but this might be changing before our very eyes."

According to the "Israeli" Haaretz daily, Netanyahu asked the members of the Knesset not to leak to the press his comments regarding the arrangements that were reached with respect to the transfer of S-300 missile systems from Russia to Syria.
"Syria decided to provide Hizbullah with advanced lethal weapons," he said. "The weapons in question are of high quality and in a larger quantity than Syria had handed over up to this point."

Moreover, Netanyahu stated: "The transfer of arms can be sourced to an Iranian decision, with al-Assad carrying it out. The transfer of these weapons is sufficient to tip the balance of power to the point that we may have to change our security policy."

According to Netanyahu, ""Israel" will do all that it can to prevent the transfer of these weapons to Hizbullah."