Most of the Palestinians killed during Operation Pillar of Cloud were civilians not involved in fighting, according to a report released by B'Tselem on Thursday, as published by the "Israeli" daily Yedioth Ahronoth. 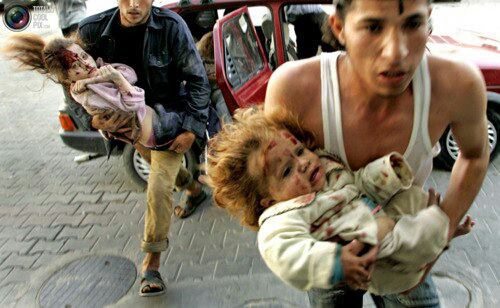 According to the report, during the eight days of war, 167 Palestinians were killed; 69 were "combatants", and 11 could not be identified whether they were fighters or civilians.
87 of those killed were civilians not involved in the fighting and the vast majority was killed in the final four days of the operation.

The report raises questions that the "Israeli" Army had violated rules of war by not providing civilians with effective warning prior to attacks, and by broadening the definition of legitimate targets for attack.
"It should be noted that in regard to the events examined so far in which non-combatants were injured, it was mostly as collateral damage to military targets, or when civilians were mistakenly identified as [militant] operatives," the "Israeli" Army's statement claimed.