"Israel" has approved building nearly 300 new homes in the settlement of Beit El near Ramallah, AFP quoted a Zionist spokesman as saying. 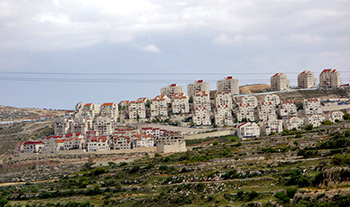 "The Civil Administration has given the green light for 296 housing units at Beit El, but this is only the first stage of a process before actual construction can begin," he said, speaking on behalf of a unit within "Israel's" Defense Ministry which administers the West Bank.
He explained that the construction plans were part of a compensatory measure for settlers who were evicted last year from Ulpana, an unauthorized outpost on the outskirts of Beit El which was evacuated following a High Court ruling.
The announcement came just two days after a report said Zionist Prime Minister Benjamin Netanyahu had quietly ordered a freeze on tenders for new settler homes in a bid to give a chance to US-led efforts to revive moribund peace talks with the Palestinians.