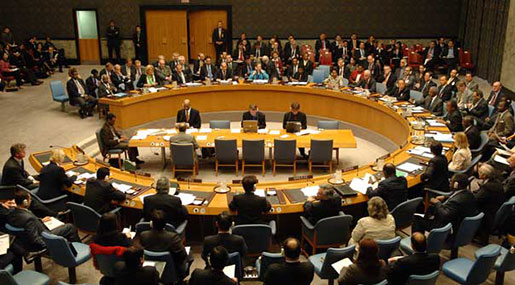 The US Treasury Department named Huthi leader Abdul Malik al-Huthi, and Ahmed Ali Saleh, son of former president Ali Abdullah Saleh, to its blacklist, freezing any assets they might have on US property and forbidding Americans from dealings with them.

"Using violence and other means, al-Huthi and Saleh continue to undermine the political process in Yemen and obstruct the peaceful transition of power," the Treasury claimed.

The action follows the move by the UN Security Council earlier Tuesday slapping an arms embargo on the Huthi rebels.

The UN move also placed a global travel ban and asset freeze on the two leaders.
This comes as fourteen members of the Security Council voted in favor of the resolution, Russia being the only abstention.

The Russian representative explained the move by saying that not all of Moscow's proposals had been included in the final text drafted by Jordan and Gulf Arab states.

"The co-sponsors refused to include the requirements insisted upon by Russia addressed to all sides to the conflict to swiftly halt fire and to begin peace talks," Russian UN Ambassador Vitaly Churkin told the council after the vote.