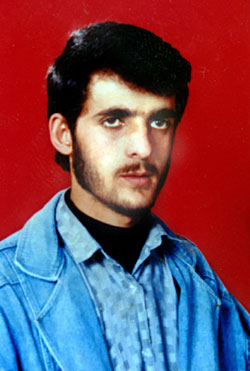 The martyr Abdullah Atwi was born in the Southern village Markaba on the 17th of March 1968.

There in the South and in a wealthy religious family he flourished and grew up between trees and vineyards.

Characterized by his calm personality and passion in the fascinating nature of the southern villages, Abdullah received his early education in the public school of his village.

In 1984 and after finishing his Brevet studies, Martyr Abdullah left his lovely village in 1984 and crossed the valleys towards Beirut after being chased from the "Israeli" agents.

In the capital, Abdullah joined the arrangements of Atabia and then the Islamic Resistance where he underwent several military and cultural circulations ahead of affiliating with the resistance operations in the South.

Working with Martyr Samir Matout (Haj Jawad), Abdulla was known with his courage, strength, and superiority in the battlefield.

The Mujahid participated in several major operations against the Zionist entity. He was at the head of the resistance fighters in charge of difficult tasks highly performing his duties.

He never calmed or ran down. He always motivated everyone to confront the enemy.

Matyr Abdullah Atwi had strong relations with self sacrificing martyrs Asad Berro, Salah Ghandour, and Haitham Dbouk whom he had a distinguished relation with.

Martyr Sayyed Abbas al-Mousawi was pleased with the scene of their friendship.

"These are the alive martyrs," he used to say.

One "Israeli" convoy showed from Occupied Palestine. At this moment Martyr Abdullah passed into the convoy totally exploding it.

In parallel, all "Israeli" soldiers in the watchtower as well as proclamation room at the borders with Occupied Palestine were killed terrifying the hearts and spirits in the enemy's soldiers and leadership.

When Azar Wizmen heard of the heroic operation and the quantity of losses inside his army he got a heart attack and needed to be hospitalized.

At the anniversary of great Prophet Mohammad (P.B.U.H) and in the week of Islamic unity and after forty days of self sacrifice Haitham Dbouk's martyrdom, the martyr Abdullah Atwi donated his martyrdom to the revolutionary Muslim people inside Occupied Palestine and every Lebanese needy and oppressed.

He was the leader for every one seeking salvation and a light for everyone searching for pride and dignity for his people.
Martyr Hassan Kasser was born in the Southern village of Deir Kanon al-Naher on the 28th of November 1965.

In a well known religious family and in a pure atmosphere characterized with love Hassan grew up.

Despite his young age, he was distinguished with his calmness, great conscious, leadership spirit, and being responsible. All this was best manifested in being a scout's leader in a very young age and in the excellent performance that appeared during his resistance duties.

Hassan with his few years of age was committed religiously. He often enjoyed visiting his second house, the mosque, for prayers and supplication.

The martyr received his early education in his village's school and then moved in 1971 to continue his intermediate studies in the public school in Abasiya village. Hassan's educational journey didn't stop at this point. He insisted on continuing his outstanding by studying electrical engineering in Jabal Amal's Institute in Borj Ashamali.

Secretly, Martyr Hassan joined several military courses to confront the Zionist enemy. However, the spiteful "Israeli" arrested him in the beginning of 1985 i.e. directly after the martyrdom of his friend Martyr Hassan Moshaymesh.

In his jail, Hassan was brutally tortured. He never surrendered.
Keeping him on the wall and beating him with thick sticks and riffle buts, the "Israelis'" eyes were fixed staring to the engraved man crucified on the wall. He neither groaned nor felt down.
And the "Israeli" soldiers surrendered. They moved him to al-Hallousiyeh prison as he was raising signs of victory.

Released from the darkness of the enemy's jail, Hassan decided to confront the enemy and to teach him a lesson of dignity and pride.
Calmly he prepared and away from any noise Hassan broke on the 5th of February in 1985 with his 400 kg exploded car an "Israeli" convoy shaking the land under and the sky above the "Israeli" occupation killing all inside the Zionist convoy.

Martyr Hassan limped into his beloved heaven and in the words of his enemy a confession of a rare courageous hero; he is the owner of the black rosary.
"Think not of those who are slain in God's way as dead. Nay, they live, finding their sustenance in the presence of their Lord"
All work as one in their labor to meet God the Exalted. 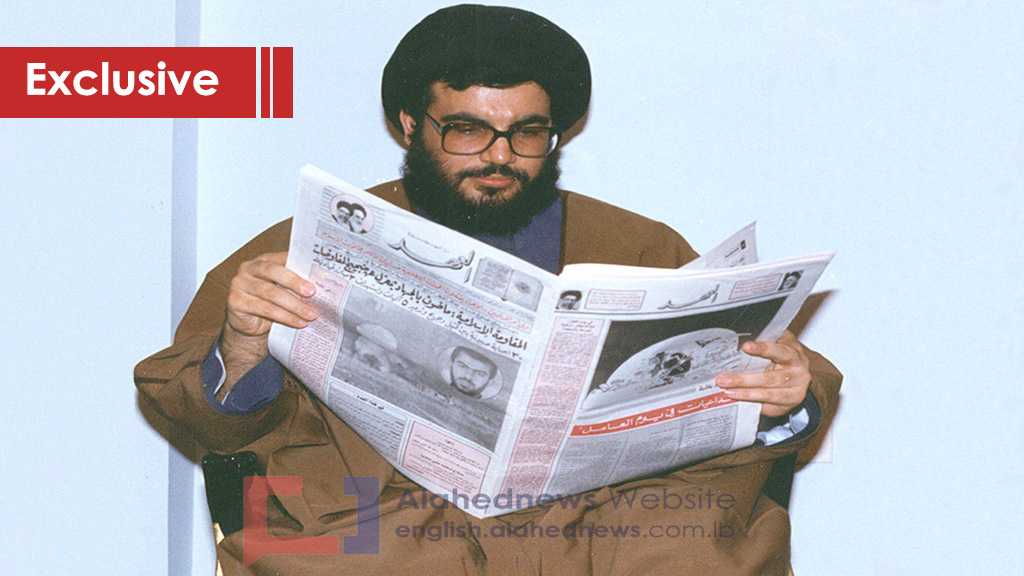 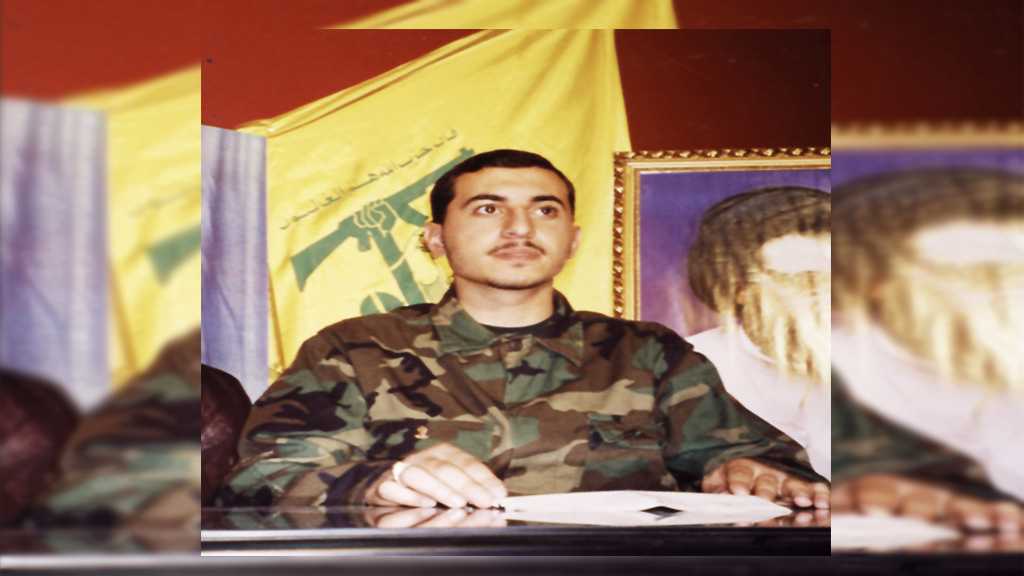