Many lives changed after the July war of 2006, some for the better and some for the worst. Thomas Kukovec was one of the lucky ones whose life changed for the good! Moqawama.org had a special interview with the Austrian humanitarian activist and journalist, Thomas Kukovec.

Thomas was in Damascus for a visit, he was sipping his Turkish coffee in one of the coffee shops in Syria when he heard the news. With no hesitation he decided to head there. "I was shocked of my reaction, I have nothing in Lebanon, but something pushed me to be there, although I knew how dangerous it was", he said. 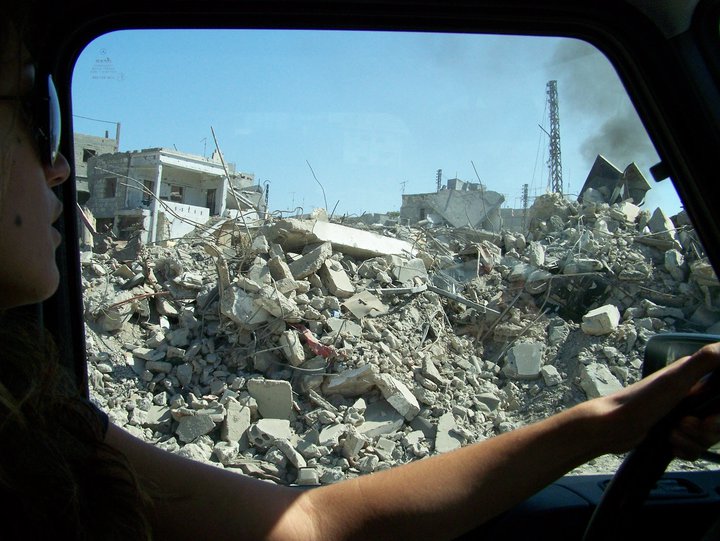 Thomas had some friends in Lebanon, all he wanted was to make sure they were safe and sound, he tried calling them but the lines were off. He took a cab from Syria to Lebanon immediately. "The first thing the cab driver told me was "Are you ready for this, you aren't going to a fire crackers' show, this is a real war, it's waged by "Israel", it has no mercy", I remember my stomach ached at that moment I heard that but that didn't stop me", he added.

Thomas received several phone calls from his family back home, they sent him messages asking him to come back, but he had already made a decision of being a hand of aid to people that needed it badly.

"On our way to Lebanon, the roads were jammed. People were headed to Syria for safety. It was a scene I can't forget. Children were holding their toys and giggling, they didn't know what was going on, while their parents were swimming in worries. I didn't see fear as much as I saw rage mixed with chivalry", he said.
When Thomas arrived to Beirut, the first thing he did was search for an NGO to work with. "I found a friend of mine, he took me to an NGO in Hamra "Samidoun", we helped distribute rations to needy people, and to the families that had to flee their homes", he said. 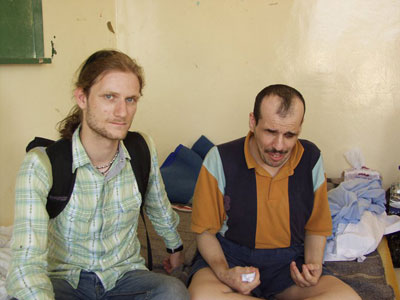 The bombings were so loud and creepy, the only time Thomas heard such sounds were ahead of his TV when watching a movie, but this time it was real. "Every time I heard the bombardments, I remembered what the cab driver told me on my way to Beirut, "It's waged by "Israel" it has no mercy", he said.

During the war, Thomas interacted with people from different backgrounds, but as he said they were all united, the differences suddenly disappeared. "I was volunteering at a school in Achrafieh, a Christian area. I met a Christian Army Sergeant who was serving at that school; he was helping the families there and trying his best to cheer them up. I was amazed by the unity between the Muslims and Christians. I went up to him and noted my admiration of his spirit, he smiled at me and said, " We are all one, these people are my family, regardless of the difference in religion, we are all living on the same ground, their pain is our pain and vice-versa. I would die for them if it was necessary".

At the end of the war Thomas went to the South to see the destruction there. In the village of "Sreefa", Thomas experienced a moment that touched him deeply. "I was passing by taking pictures of the demolition, when I bumped into an old man. The man was standing on the rubbles of what used to be his house. He lost his family, his house, his land. But something very precious kept him standing; I guess it was a strong belief. He offered me the only remaining chair he had with a smile on his face. I was stunned". 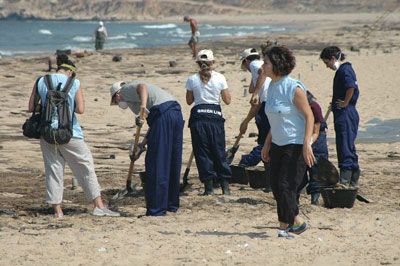 Thomas wondered around, he didn't read it in a newspaper, he didn't see it in a report, he didn't hear it from a friend, he saw it with own eyes! He was disappointed, "I was heavily disappointed that EU and my own country Austria didn't criticize "Israel" for its crimes. They took sides with "Israel", they gave "Israel" the right of defense against Hizbullah what they called "Terrorists". How can these pure people be terrorists? I was even more shocked when I found out that an Austrian UNDOF senior officer was killed in Khiam by an "Israeli" airstrike and the former prime minister and foreign minister of Austria didn't call for further investigations. I met the sister of the killed officer; she told me that she still suffers from the fact that the Austrian government dumped this matter.
July war 2006 changed Thomas Kukovec's life, ever since he volunteers with different NGOs and humanitarian projects. "I found humanity, courage, perseverance and resilience in Lebanon", he said.