The timing of political manoeuvring often reveals the stark business of domination. 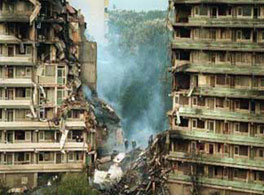 Sometimes the timing is flagrant, like the recent commotion in Greece. In the very hours of forbidding the passage(1) of the aid flotilla to Gaza, the financially strapped Greek government welcomed the approval of an €8.7 billion(2) aid payment from the European Union. With "Israel's" position as an EU-groupie, even the Associated Press(3) couldn't resist smirking at Greece's underlying ‘incentive to cozy up to its rich Mediterranean neighbor'.

Political manoeuvring also thrives on more subtle timing, as for example in the case of the notorious indictments of the Special Tribunal for Lebanon. Widely announced (4) as imminent in December 2010, they somehow found themselves on the backburner when the Arab uprisings claimed every corner of Middle East news coverage. Some six months later, on the heels of the formation of a Lebanese government non-hostile to the targeted Hizbullah-in the very hours between finalising(5) the government's policy statement and its being subject to (6) a parliamentary vote of confidence-only then were the indictments set into motion(7). Bored of battling the credibility of Arab protests, international media eagerly shifted to the new sensational headlines.

The pretext for the lethal aggression was the military capture of two "Israeli" soldiers on the 12th of July 2006. But as the report by the AP Jerusalem Bureau Chief declared(8) on the second day of bombardment, such a ‘Crisis allows "Israel" to pursue strategic goals/Analysis: Kidnappings give "Israel" excuse to neutralize Hamas, Hizbullah'. This early assessment astutely foretold the post-war testimony of then "Israeli" Prime Minister Ehud Olmert, who would boldly concede his designs.
The political manoeuvring had been going on for years. Perhaps anxious to convince the "Israeli" Inquiry that the aggression had not been a knee-jerk reaction, Olmert testified(9) before the Winograd Commission that his decision to launch a broad military operation was made as early as March 2006, four months before the soldiers' capture. Olmert stated that his predecessor, Ariel Sharon, had already been making preliminary plans, including a list of targets in Lebanon. Olmert further stated that he had held several meetings (in January, March, April, May and July 2006) on potential military action against Lebanon.


Olmert testified(10) these meetings concluded that "Israel's" goal in a military operation would be the implementation of Security Council Resolution 1559(11), which they believed would eliminate Hizbullah's resistance capability. Olmert stated that he was informed in May 2006 by National Security Council head Giora Eiland and by former Prime Minister Ehud Barak that the Lebanese government would agree to implement Resolution 1559 in return for an "Israeli" withdrawal from Sheba Farms.*

With thousands of Lebanese and Palestinians held as prisoners in "Israel", detentions and negotiations for mutual release had been standard fare in the region-a reality Olmert alluded to in his testimony. Following the high profile capture of "Israeli" soldier Gilad Shalit on 25 June 2006 (by Palestinian forces who wanted Palestinian women and children prisoners released by "Israel" in exchange for the safe return of Shalit), Olmert testified(12) that ‘he was certain there would be a similar attempt to kidnap soldiers on the Lebanese border. He ordered the IDF to prevent this'.

So the powerful "Israeli" military was meant to be on high alert. They were allegedly warned and ready. Yet on 12 July-a mere 17 days later-they somehow failed to prevent the capture that ever since has been labelled the justification for the war. A timely pretext it would seem.

Such a practical assessment of political strategy was in fact pronounced by the Winograd Commission when it concluded (13) the July War had been, after all, a ‘serious missed opportunity'. "Israeli" policy, it stated, had wavered between two main options:

‘The first was a short, painful, strong and unexpected blow on Hizbullah, primarily through standoff fire-power. The second option was to bring about a significant change of the reality in the South of Lebanon with a large ground operation, including a temporary occupation of the South of Lebanon and 'cleaning' it of Hizbullah military infrastructure'.

Despite the damage and the deaths they had inflicted, the "Israeli" forces had failed to meet their true objective, that of renewed occupation of South Lebanon.
The prompt accusation of Hizbullah's actions being the casus belli in July 2006 settled into a general public acceptance of blame both within and beyond Lebanon. Such is the magic of timed political manoeuvring. The public listened nervously, for example, as The New York Times cried out (14) the typical news:

‘With two more soldiers captured today, "Israel" launched a major military offensive on a second front, sending armored forces into southern Lebanon in response to a brazen border raid by the militant group' [emphasis added]
By the time the Winograd Commission revealed its final report in January 2008, the international public had already well digested the message that "Israel" had had no choice but to attack Lebanon. The public then merely grimaced at the reminder of "Israel's" failure to destroy Hizbullah. The New York Times captured (15) their plaintive reaction:

‘When its 2006 war against Hizbullah ended after six weeks, "Israel" was aghast. An operation meant to cripple the Shiite militia and end its dominance of southern Lebanon had ended with the group if anything stronger'.

The final Winograd report explained away any seeming weakness in "Israel" by faulting those political and military elites who had grown complacent in "Israel's" ‘position of social, political and military strength', whose passive belligerence had dulled their fighting edge. And so the international public seemed undisturbed that the Winograd Commission, in possession of Olmert's testimony of premeditation, acknowledged (16) that "Israel" had in fact been orchestrating the situation:

‘Overall, we regard the 2nd Lebanon war as a serious missed opportunity. "Israel" initiated a long war, which ended without its clear military victory. A semi-military organization of a few thousand men resisted, for a few weeks, the strongest army in the Middle East. . . . "Israel" did not use its military force well and effectively, despite the fact that it was a limited war initiated by "Israel" itself'. [emphasis added]

"Israel" did not need to go to war; "Israel" chose to go to war. Even if we acknowledge that the soldiers' capture brought to light a problem that had to be dealt with-namely the prisoner issue-there were alternatives to war.
Rather than admit the unjust nature of holding thousands of political prisoners, however, "Israel" chose to try to extinguish any resistance to their continued detention. "Israel" masked its fury by pointing indignantly to its prey. The politics of power relies on the manipulation of perception. It is high time we looked at an objective reality.

*Clearly substantiated by reports in April/May 2006 on Lebanese PM Siniora's visits with US President George W. Bush and British Prime Minister Tony Blair on this issue: see for instance