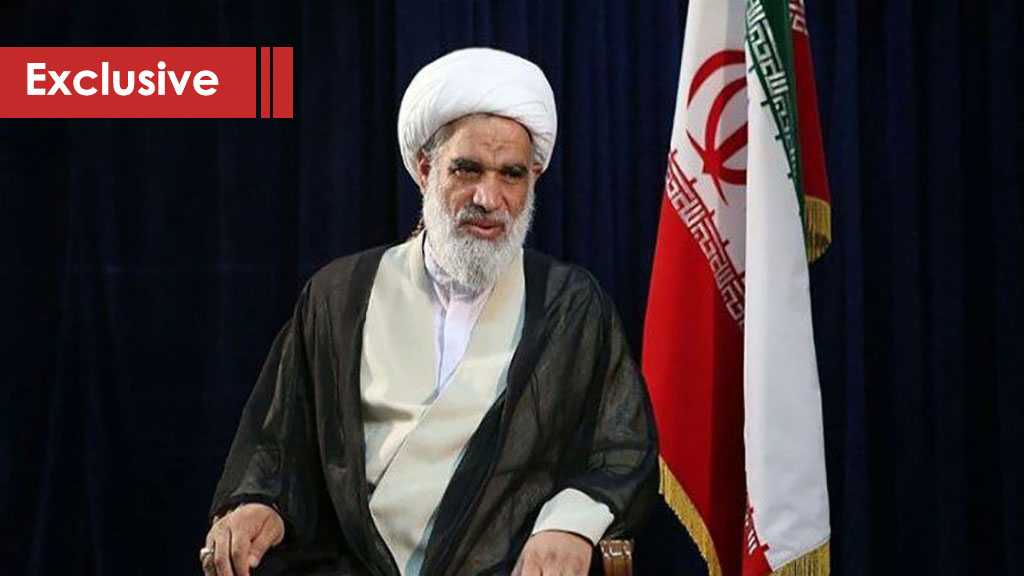 Tehran – Iranians are celebrating the 42nd anniversary of the seizure of the US embassy in Tehran by Iranian students and the closure of the American spy den, which acted as a central nervous system for espionage, and interference.

This day also commemorates the martyrdom of dozens of Iranian school and university students who perished at the hands of the Shah's regime during a march in front of the University of Tehran.

This year’s anniversary of the closure of the American spy den in Tehran coincides with another blow dealt to the US in international waters when the Islamic Revolutionary Guard prevented American pirates from stealing Iranian oil.

On this occasion, Al-Ahed news website sat down with a member of the Presidency of Iran’s Assembly of Experts, His Eminence Ayatollah Sheikh Abbas Al-Kaabi, who confirmed that the discourse of the Islamic Revolution presented a model for civilized jihad in the face of arrogance. This discourse, which was initiated by the honorable Imam Khomeini and continued by the Grand His Eminence Imam Sayyed Ali Khamenei is based on several elements:

Ayatollah Al-Kaabi concluded by saying: These 14 elements need the rise and resistance of the sons of the nation against the global arrogance system at all levels.