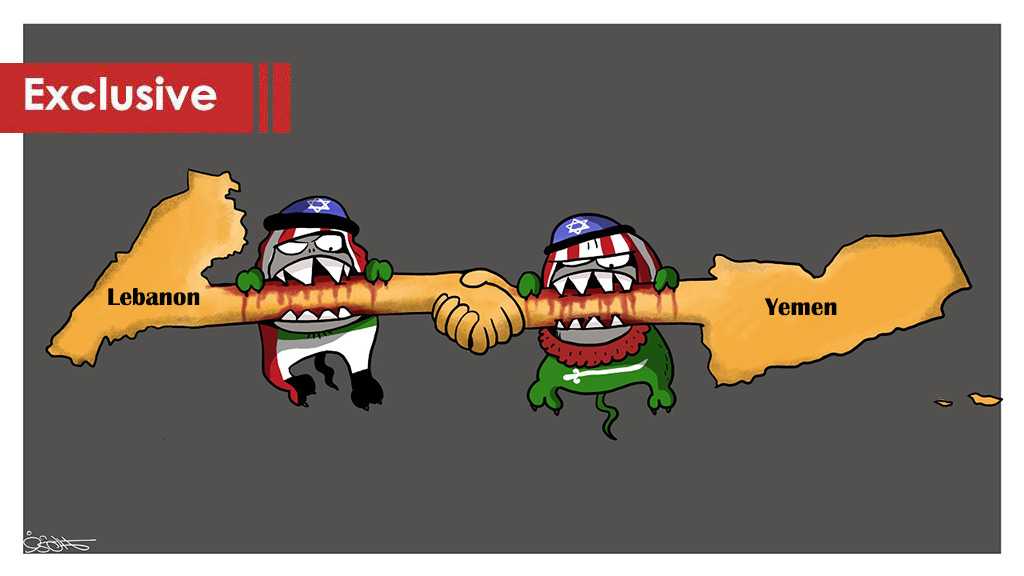 Beirut – Saudi Arabia is escalating its aggression against the nearly completely devastated and ravaged Lebanon. The so called kingdom of goodness is venting its anger and expressing its frustration because of its humiliating defeats in Yemen. Hence it has exhausted all possibilities in other places; Lebanon continues to function as a venue for Riyadh to send its poisonous messages through!

Nonetheless, these messages will definitely fall on deaf ears, as the world is busy in other places and more important issues, and the Kingdom of Saudi Arabia [KSA] will have to wait  for years before it could restore little of dignity, if any!

The Ansarullah or better known as the Houthis have put the kingdom into shame as its military, regardless of all the support it is receiving, has been receiving devastating blows from the Yemenis.

Aside of all its heavy loss, the hotheaded Saudi leadership continues to carry out its merciless war against the Yemenis with no slightest opportunity to win a battle, let alone the war.

The continuous massacres and war crimes by the Saudi forces and its backers have not been able to break the will of the Yemenis to fight and they have been able to achieve real victories across the whole front.

The United States and the United Nations, as many other governments, have dubbed the war as absurd and futile.

Many governments in the world have called upon Riyadh to put an end to the war without any positive answer from the latter.

The Saudi government, in its struggle to draw the attention to its dilemma and big plight in Yemen, has chosen Lebanon as a mail box to send messages to the West, namely the US.

The Americans are busy minding other issues and would not accept any further political turmoil in Lebanon as they are organizing groups of so called civil society and NGOs, and orchestrating efforts to win the majority in the next parliamentary elections due in the few coming months.

Saudi Arabia is exercising pressure on Lebanon and blackmailing the government to force minister of information George Kordahi to resign because of an opinion about the Saudi war against Yemen that he expressed before assuming his office.

The Kingdom threatened to severe relation with Lebanon and to send tens of thousands of Lebanese citizens working there back to Lebanon.

Not only that, but Riyadh has also forced other gulf countries to adopt similar positions against Lebanon.

This Saudi pressure has been shamefully supported by many Saudi-financed Lebanese media outlets and Lebanese parties and figures. Many of the Lebanese tools who work for Saudi Arabia have sided with Riyadh against their country and government calling for its resignation.

This attitude of vengeance by the Saudis was not well received by the French government which still believes that Lebanon should have a government to be able to address its dire situation.

As such, the Saudi pressure will not substantiate any successful possibility to bring the government down, and if it otherwise did, then Riyadh will be held responsible for all the repercussions and consequences that will come after.

Lebanon would wait for friendly countries to support and help in one of its most dangerous critical situations and not like what the Saudis did by pressuring it.

A time for the Lebanese to contemplate about who their real friends are and who are their adversaries and opponents.

Whatever the case is; Saudi Arabia who was defeated in Yemen will not win in Lebanon. Definitely!