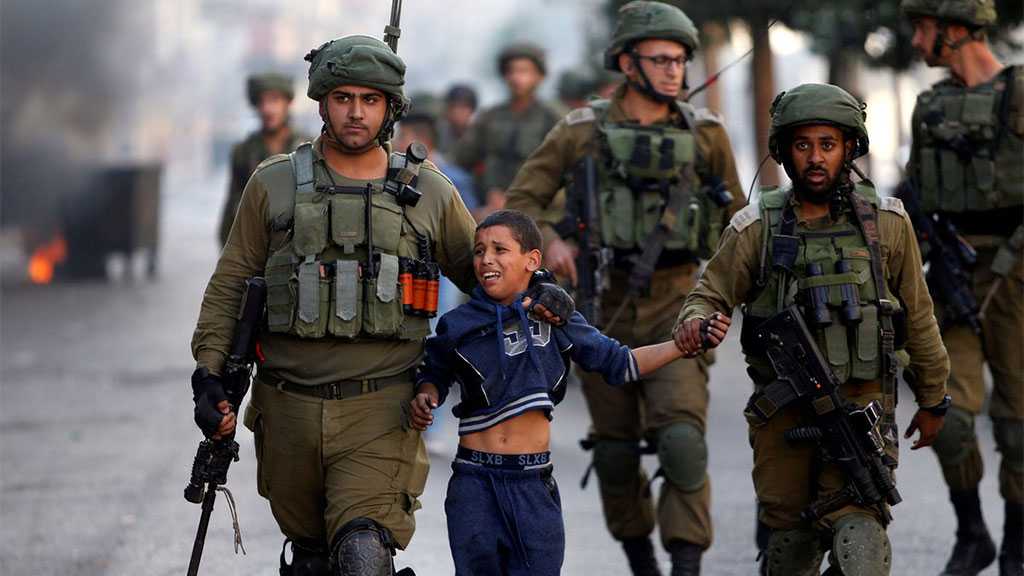 The Palestinian Hamas resistance movement condemned the apartheid “Israeli” entity for placing six Palestinian human rights groups on the so-called ‘terrorist’ list, describing the move as a “war” against the “Palestinian existence.”

On Friday, “Israel’s” War ministry said in a statement that it had designated six civil society groups of Addameer, Al-Haq, Defense for Children Palestine, the Union of Agricultural Work Committees, Bisan Center for Research and Development, and the Union of Palestinian Women Committees as “terrorist organizations.”

According to Palestine’s official Wafa news agency, the decision will authorize the regime to effectively outlaw the activities of these civil society groups, close their offices, seize their assets, and arrest and jail their staff members.

Furthermore, Tel Aviv will also prohibit funding or even publicly expressing support for the group’s activities.

The “Israeli” ministry claimed that the groups have ties to the Popular Front for the Liberation of Palestine [PLFP], a Palestinian resistance movement, alleging that they are funneling donor aid to anti-“Israel” resistance groups.

Later on Friday, Hamas spokesman Hazem Qassem strongly denounced the highly provocative decision, warning that it is a kind of war against Palestine.

“The decision of the Zionist Minister of War to classify national human rights, social and development institutions as 'terrorist' organizations, is a form of war against the Palestinian existence, and a 'terrorist' behavior that disregards all international laws and norms,” the Hamas official said.

The “Israeli” move has already drawn criticism from the United Nations and human rights watchdogs.
More than 100 NGOs and human rights groups call for an arms embargo on apartheid “Israel” over its violation of international humanitarian law in the Palestinian territories.

Separately on Friday, at least three American legislators have lambasted the decision, Wafa said.
Congresswoman Betty McCollum denounced in a statement the “Israeli” decision as an attempt to silence advocates of Palestinian rights.

“I condemn this action to shut down legitimate civil society organizations advocating for Palestinian human rights. This is nothing more than an attempt to silence critics of Palestinian rights,” she said, urging the White House to swiftly call on Tel Aviv to rescind the decision and “restore these organizations’ ability to continue their important work.”

“For years, I have worked with Defense for Children International – Palestine [DCIP] to protect the rights of Palestinian children who are imprisoned in 'Israeli' military detention facilities. I trust and value DCIP’s work advancing human rights,” McCollum added.

Ilhan Omar, who represents Minnesota's 5th Congressional District in the US House of Representatives, also denounced the 'Israeli' decision.

“Labelling effective NGOs ‘terrorists’ is a textbook way to evade accountability for human rights violations—and an affront to everyone who cares about peace,” she tweeted, adding that “There must be immediate consequences from the US and the international community for this brazen act.”