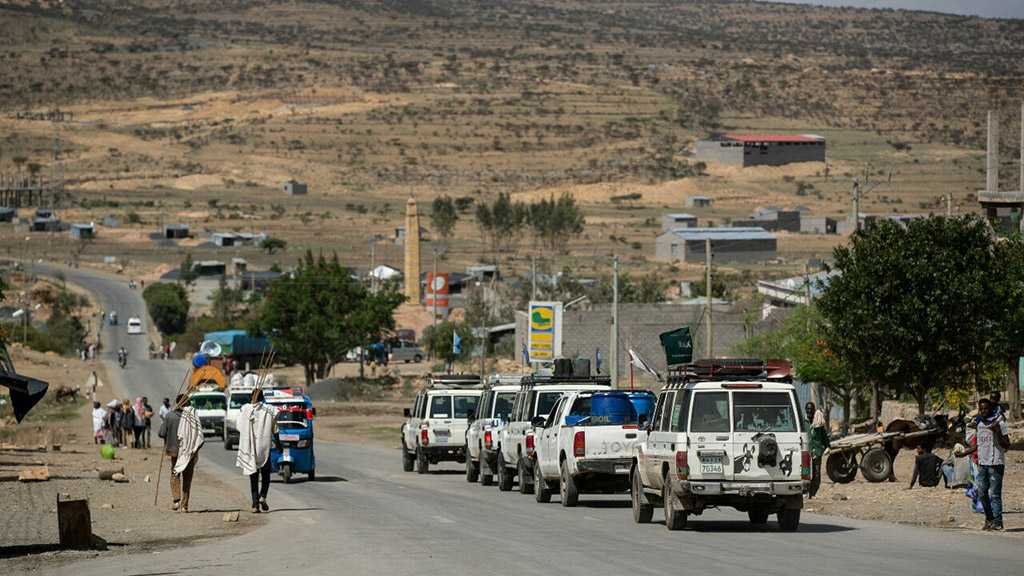 Ethiopia’s government has ordered the expulsion of seven senior United Nations officials from the country for “meddling” in its internal affairs.

The move on Thursday came as humanitarian workers have been sounding the alarm about limited access to the embattled Tigray region, which has been racked by conflict for nearly 11 months.

The seven officials, who include individuals from the United Nations Children’s Fund [UNICEF] and United Nations Office for the Coordination of Humanitarian Affairs [UNOCHA], have been declared “persona non grata” and given 72 hours to leave the country, a statement by the Ministry of Foreign Affairs said on Thursday.

Grant Leaity, deputy humanitarian coordinator for OCHA, and Adele Khodr, UNICEF representative in Ethiopia, were among those expelled. OCHA’s Kwesi Sansculotte, Saeed Moahmoud Hersi, Ghada Eltahir Midawi and Marcy Vigoda were also ordered to leave, along with Sonny Onyegbula, of the UN Office of the high commissioner for human rights.

UN Secretary-General Antonio Guterres said he was “shocked” by the expulsion, the UN spokesperson Stephanie Tremblay told a news briefing.

“We are now engaging with the government of Ethiopia in the expectation that the concerned UN will be allowed to continue their important work,” Tremblay said.

He noted that Guterres had pursued “a very quiet, patient diplomacy … not saying too much, at least initially in public, not condemning it too much, because he thought he could nudge [Prime Minister Abiy Ahmed] in the right direction.”

“[But] that strategy has clearly not worked,” Bays said.

In a statement Secretary of State Antony Blinken said the US “strongly” condemned the decision and called for its “immediate reversal” noting that the UN was critical to humanitarian relief efforts amid the growing risk of famine.

“The expulsion is counterproductive to international efforts to keep civilians safe, and deliver lifesaving humanitarian assistance to the millions in dire need,” Blinken said.

Fighting in Ethiopia’s northern Tigray region has been raging between federal forces and those aligned with the Tigray People’s Liberation Front [TPLF] since November 2020. Thousands of people have died in the conflict marked by gang rapes, mass expulsions and the destruction of medical centers.

Findings from a joint investigation into the war by the UN human rights office and the government-created Ethiopian Human Rights Commission – a rare setup that has drawn concern and criticism – are scheduled for release on November 1. It was not immediately clear if the probe will be affected by the expulsion of Onyegbula, a UN member of the joint team.

On Tuesday, UN aid chief Martin Griffiths said a nearly three-month-long “de-facto blockade” has restricted aid deliveries to 10 percent of what is needed in the region of some six million people.

Memories of the 1980s famine in Ethiopia, which killed approximately one million people and whose images shocked the world, are vivid in his mind, “and we fervently hope is not happening at present,” Griffiths said.

Leaity, the deputy humanitarian coordinator for OCHA, warned this month that stocks of relief aid, cash and fuel were “running very low or are completely depleted” and food stocks had run out in late August.

In turn, Ethiopian authorities have accused unnamed aid workers in the country of favoring and even arming Tigrayan forces, although they have provided no evidence to back their allegations. Earlier, the government suspended the operations of two major international aid groups – Doctors Without Borders and the Norwegian Refugee Committee – accusing them of spreading “misinformation” about the war.

Samuel Getachew, an independent journalist in the capital, Addis Ababa, said Thursday’s move “was expected to come”, noting that UN agencies and the Ethiopian allegations have been trading allegations on a number of issues.

“The Ethiopian side has been saying that they are open to assist the UN [in] deliver[ing] aid … [while] the UN has been accusing the Ethiopian side of preventing them from delivering aid … the allegations between them are black and white,” Getachew explained.

“So this was expected to come. It’s been going on since day one,” he added.

Meanwhile, TPLF spokesman Getachew Reda said on Twitter that the expulsions reflected a “sad but real” situation in which Abiy cannot be “counseled into sanity”.