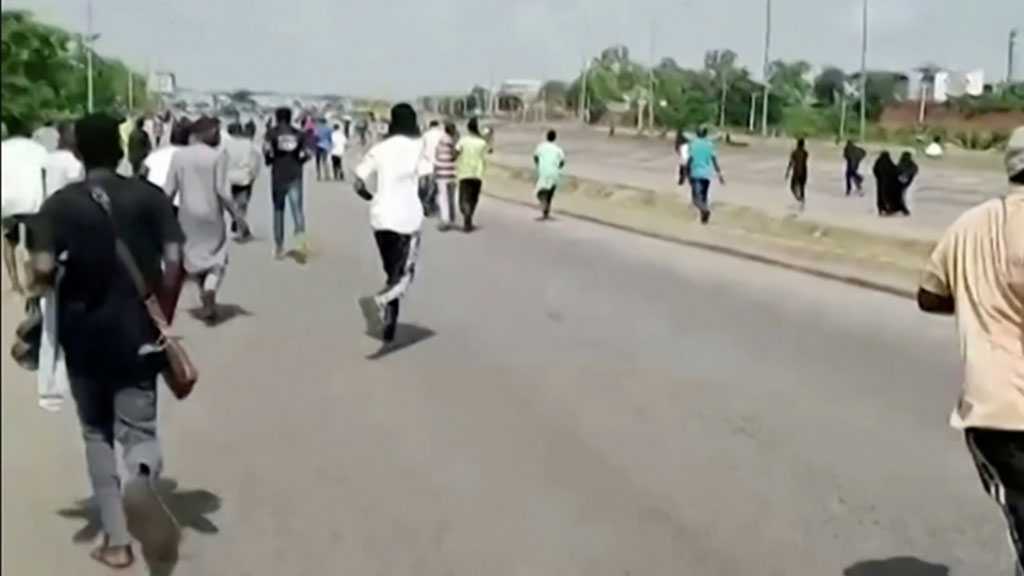 Nigerian police opened fire on a peaceful procession of Shia Muslims marking Arbaeen, the 40th day after the martyrdom anniversary of Imam Hussein [AS], the grandson of Prophet Muhammad [Peace be Upon Him], killing eight people and injuring an unspecified number of others in the capital Abuja.

The casualties were reported on Tuesday after police and security forces used live ammunition to disperse hundreds of mourners commemorating Arbaeen along a major road in Gwarinpa district.

The religious procession was organized by the Islamic Movement in Nigeria [IMN], a group that has over the past years been under severe attacks from the Nigerian government forces following widespread protests against the detention of its leader, prominent Shia cleric Sheikh Ibrahim Zakzaky.

Abdullahi Muhamed, an IMN member, said participants were walking peacefully along the Abuja-Kubwa expressway when a combined team of police and soldiers fired tear gas and live bullets at them. Muhamed said eight people were shot dead and two were taken away by the security forces.

Videos and images posted on social media and published by Nigerian news websites showed bodies lying on the ground and people running from what appeared to be clouds of tear gas.

“It was around 10:00 am that we started hearing gunshots along the road. The shooting lasted about 10 minutes,” a witness was reported as saying. “I can’t say how many people were killed but the corpses we have counted were eight. What I can tell you is that up to eight people were killed in the incident.”

Media reports said “many” had sustained gunshot wounds after the violent incident.

Abdullahi Musa, the Secretary of the IMN’s Academic Forum, also confirmed the incident but did not provide the exact number of casualties.

“We assembled at the Galadima gate in Gwarinpa around 9:00 am and staged our religious walk peacefully for about an hour. We neither made any demand on the government nor criticized anyone during the trek. It was purely a spiritual exercise for us,” Musa said. “But as we were about to disperse, security operatives arrived at the scene and opened fire on our members, injuring many and killing some people.”

Musa stressed that the IMN has been leading the Arbaeen procession since six years ago when the Nigerian military demolished the movement’s center in the town of Zaria in Kaduna state and detained Shiekh Zakzaky.

In December 2015, Nigeria’s military launched a crackdown on the movement, which Abuja has branded as illegal. The campaign saw troops attacking Zakzaky’s residence in Zaria, afflicting him and his wife with serious injuries that reportedly caused the cleric to lose his left eye.

During the crackdown, the military also attacked the movement’s members as they were holding religious processions, with the government alleging that the Muslims had blocked a convoy of the country’s defense minister. The movement has categorically rejected the allegation, and said the convoy had intentionally crossed paths with the IMN’s members to whip up an excuse to attack them.

The 2015 violence led to the death of three of Sheikh Zakzaky’s sons and more than 300 of his followers.

The couple was kept in custody despite a 2016 ruling by Nigeria’s federal high court that ordered their release from prison. Zakzaky was finally released from detention after being acquitted in July 2021 of eight criminal charges, including aiding and abetting homicide, unlawful assembly and disruption of public peace.