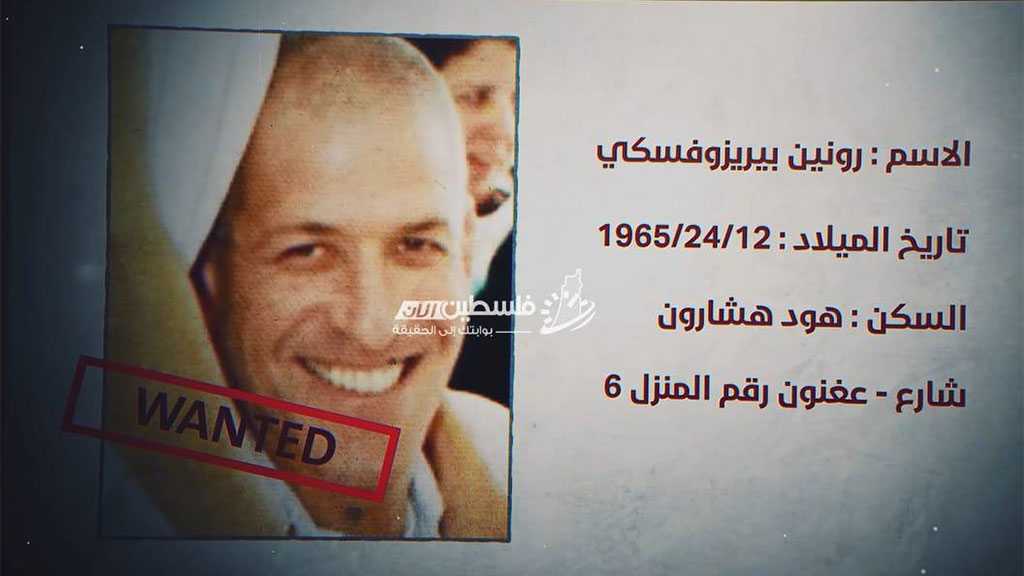 The picture, name and address of the incoming head of the Zionist entity’s Shin Bet were published by a purportedly Hamas-affiliated website along with the phrase "wanted" on Sunday evening, after heroic confrontations by Palestinians against Zionist occupation forces in the occupied West Bank early Sunday morning.

According to the Zionist regime’s rules, it is against the ‘law’ to publish the name until the incoming head is approved by a committee.

However, a source told ‘Israeli’ KAN news agency that because the individual is widely known in the Zionist security sector and because his picture was taken at a public event, there is no cause for concern.

Earlier this month, the Zionist occupation regime’s Prime Minister Naftali Bennett nominated the Shin Bet’s current deputy chief, known as R., to succeed current director Nadav Argaman as the next head of the Zionist spy agency as of October 13.