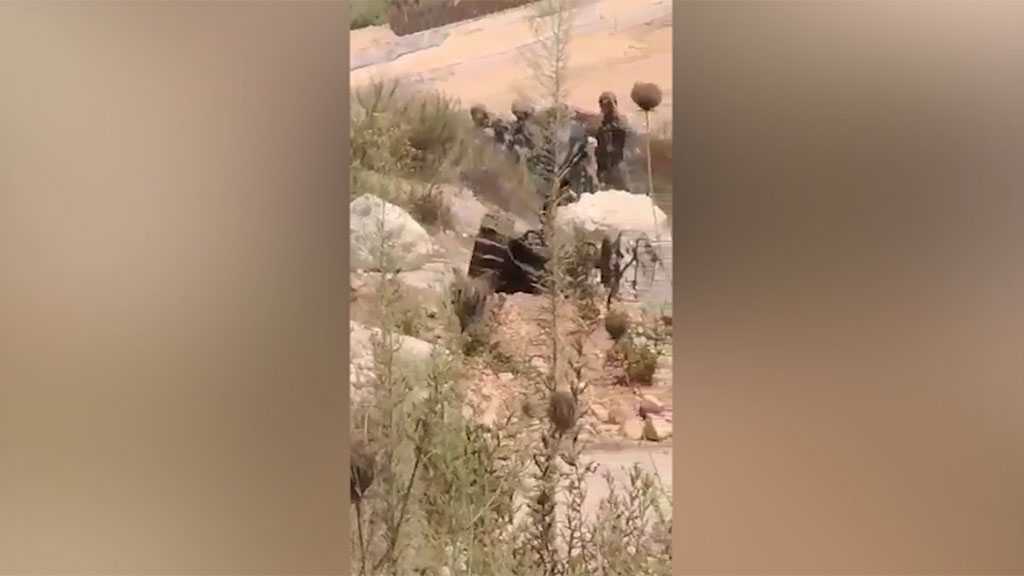 ‘Israeli’ occupation forces used a robot to inspect a black plastic bag they referred to as ‘suspicious’ in the settlement of Maskafam, facing the southern Lebanese town of Odaisseh, in Marjeyoun.

The plastic bag incited the enemy’s forces, forcing them to take combat positions amid Lebanese Army and UNIFIL deployment on the Lebanese side.

For its bad luck, the robot “overturned” during its mission. This happened less than a day after several incidents the ‘Israeli’ occupation tanks have been experiencing during maneuvers along the border with Lebanon.