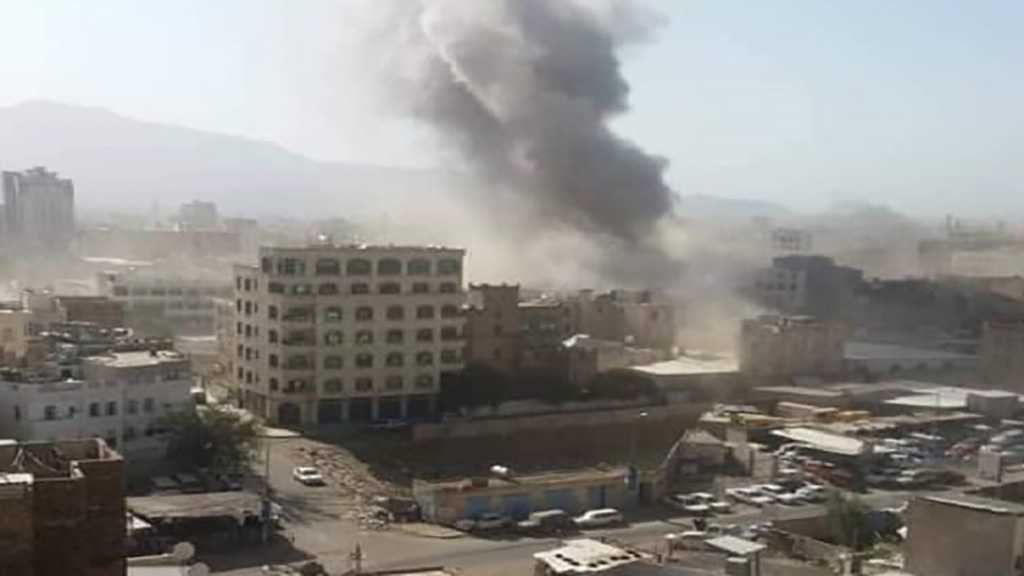 Regardless that people are fasting as the month of Ramadan has not ended yet, at least six civilians, including children, were martyred and dozens of others wounded in multiple airstrikes by a Saudi-led coalition on various neighborhoods of Yemen’s capital, Sana’a.

According to Yemen’s Arabic-language al-Masirah television network, Saudi-led warplanes pounded various parts of the capital on Thursday, killing at least six civilians, four of whom were children from one family, and wounding dozens more.

Medical officials said the death toll could rise due to the intensity of the strikes and the number of those who have been seriously injured. They added that there could be other civilians, dead or wounded, under the rubble.

Most of the strikes targeted residential areas in Sana’a, the officials said.

Warplanes also struck a building of Yemen’s Ministry of Information, al-Masirah added. There were no immediate reports about possible casualties or the extent of the damage caused.

Saudi Arabia and a number of its regional allies launched a devastating campaign against Yemen in March 2015, with the goal of bringing the government of ex-president Abd Rabbuh Mansur Hadi back to power.

According to a December 2018 report by the Armed Conflict Location and Event Data Project [ACLED], a nonprofit conflict-research organization, the Saudi-led war has claimed the lives of over 60,000 Yemenis since January 2016.

The war has also taken a heavy toll on the country’s infrastructure, destroying hospitals, schools, and factories. The UN said in a report in December 2018 that over 24 million Yemenis were in dire need of humanitarian aid, including 10 million suffering from extreme levels of hunger.