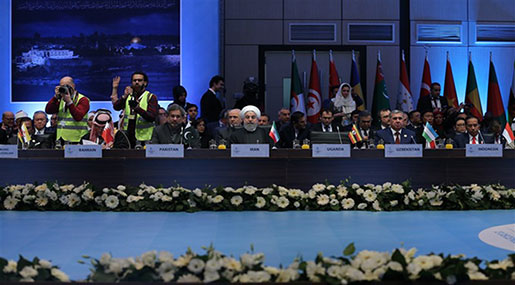 Iranian President Hassan Rouhani said the Islamic Republic is prepared to join hands with other Muslim countries and help defend the holy city of al-Quds against US-‘Israeli' plots with no strings attached. 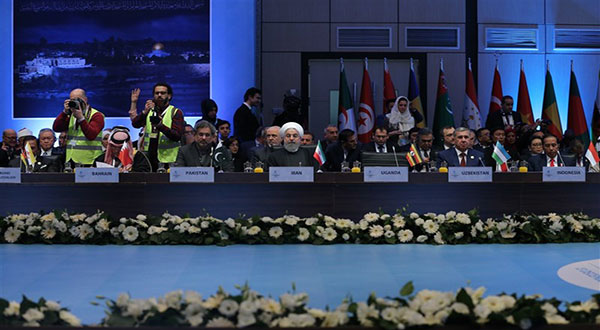 "...The Islamic Republic of Iran stands ready to cooperate with each one of the Muslim countries to defend the holy Quds without any reservation or pre-condition," Rouhani said on Wednesday, addressing an urgent summit in Istanbul on Washington's contentious declaration on occupied al-Quds.

Representatives from 57 OIC [The Organization of Islamic Cooperation] members are attending the summit, which is meant to coordinate a response to a US decision to recognize al-Quds as the Zionist entity's "capital."

Rouhani also said attempts by certain regional countries to normalize ties with the apartheid ‘Israeli' regime prompted US President Donald Trump to take the decision.
"I believe that other than any other reason, the attempts of some countries to establish relations and even consultation and coordination with the Zionist regime have incited such a decision".

Instead of countering the threats of the Zionists, some countries in our region are aligned with the US and Zionists to prescribe the fate of Palestine-If such prescriptions are taken, the Zionists would permanently dominate the Palestinians, Rouhani stressed.