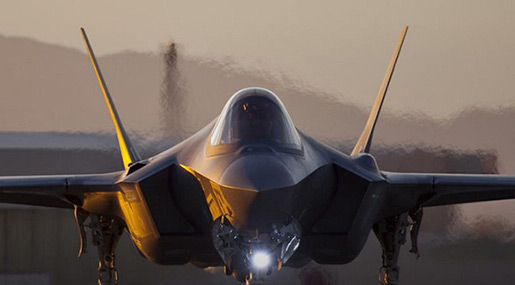 A Knesset committee said in a report on the implementation of the "Gideon plan" that any future purchases of F-35 fighter jets must be "meticulously" reviewed and alternatives considered in terms of its contribution to military policy of the "Israeli" entity. 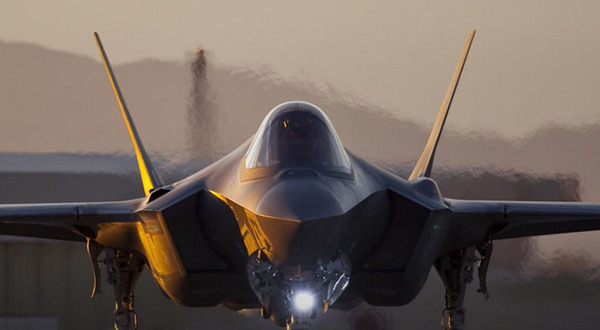 In 2015, Tel Aviv introduced the so-called Gideon Doctrine which sets out a series of reforms for the army by 2020. Among a number of benchmarks, the plan envisions the purchase of the US-made F-35 planes, as well as introducing a new drone fleet to better serve the multi-layer protection of "Israeli" airspace.

On Monday, the so-called "Subcommittee for Defense Doctrine and Force Building of the Knesset Foreign Affairs and Defense Committee" presented a public version of a progress report on the doctrine. In a section dedicated to the "Israeli" Air Force, the authors approved the recent purchase of the "Israeli" version of the F-35 jets, the ‘Adir,' but queried if further procurement of the Lockheed Martin aircraft is cost-effective.

"The Adir is not just another platform, but brings new capabilities to the battlefield due to its stealth," members of a parliamentary subcommittee said, as cited by Defense News.

The F-35, "with all the existing limitations and against anti-aircraft missiles projected in the future, returns the Israel Air Force, through proper planning and with the recognition of its vulnerability points, to a capability for ‘stand-in' operations," the 30-page unclassified version of the report available in Hebrew said.

In late August, the "Israeli" war ministry completed the acquisition process of the third tranche purchase of 17 additional F-35 fighter jets, deliveries of which are to be completed by December 2024. The "Israeli" entity previously signed contracts to purchase 19 F-35 jets in 2010 and another 14 planes in 2015. However, the deliveries of the first 33 jets are expected to be fully completed only by 2021.

Lockheed Martin has to date managed to deliver seven F-35s to "Israel", with two jets arriving at their new bases earlier this month.

Deliveries of the aircraft have been slow, as the stealth fighter continues to be plagued by various problems, including malfunction of the oxygen-supply system. In January this year, a Pentagon report revealed the F-35 had more than 270 deficiencies, ranging from software trouble to structural problems.

The F-35 deal, costing the entity roughly $100 million a unit, was made possible as part of the US military aid agreement which has been recently extended. Last year, the US authorized $38 billion in military assistance to Tel Aviv over the next decade to upgrade its fighter aircraft and improve its missile defense systems.

Lawmakers, headed by Ofer Shelah [Yesh Atid], questioned if purchasing F-35s serves the entity's interests and insisted that further purchases from Lockheed Martin must be assessed on their overall contribution to national defense.

"We cannot ignore the need to meticulously assess the face of the future, especially with regard to air combat platforms, which are so expensive, critical and [subject to] rapidly changing technologies," subcommittee authors wrote.

They noted that following the completion of the "Gideon doctrine" in 2020, the subcommittee plans to host a series of hearings on air-power alternatives.

"The Committee will assess in depth... the issue of ‘Israeli' rocket capabilities, and the potential for realistic and significant alternatives to the aerial option. The committee reasons that despite the proven capability of the ‘Israel' Air Force, it must seriously assess alternatives given future challenges and threats to the Air Force‘s ability to operate in any theater and under any conditions."