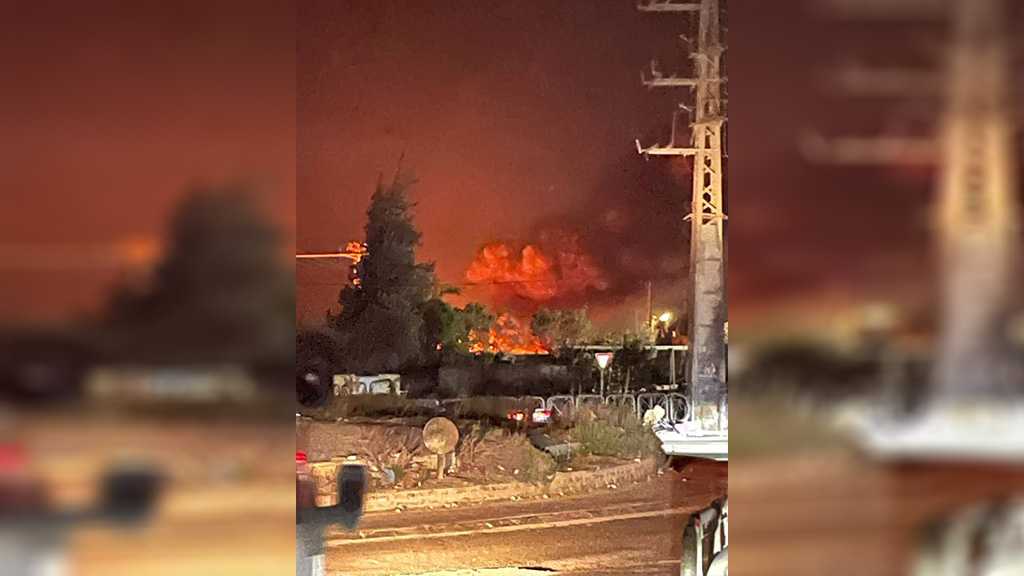 A massive fire broke out at an "Israeli" military facility in the West Bank early on Saturday amid rising tensions in the occupied territories.

According to the Palestinian media sources, the blaze started at the base close to the town of al-Ram, which lies northeast of al-Quds, is still burning.

There were no immediate reports about possible casualties and the extent of the damage caused.

This comes as tensions have been increasing in recent weeks in the wake of “Israeli” Occupation Forces’ [IOF] intensified raids, including one in the al-Aqsa Mosque compound in the Old City of al-Quds.

On June 29, “Israeli” forces killed a Palestinian fighter in the northern occupied West Bank city of Jenin, after armed clashes broke out between the IOF and Palestinians following a dawn army raid.

Muhammad Maher Marei died after being shot in the chest. The bullet had pierced Marei’s heart, according to the head of the Khalil Suleiman Governmental Hospital in Jenin, Wissam Baker.

“This is most likely a bullet from a sniper that aimed to kill,” Baker said.

“This is what we’ve been getting used to in the recent raids on Jenin governorate – no raid takes place without lethal injuries. Even those that are wounded come with critical injuries,” he added.

The Palestinian resistance group Islamic Jihad said that Marei had been one of their fighters, and died “confronting” an “Israeli” raid.

Meanwhile, reports of physical assault and harassment at “Israeli” military bases and barracks have increased significantly in recent years.

The IOF recorded 46 reports of physical assault in 2021 compared to twenty-two reports the previous year, according to the “Israeli” public broadcaster Kan.

The increase in reports of such incidents which were particularly common among female soldiers is attributed to the fact that troops now know that they can lodge complaints.

This comes as the actual number of physical harassment and assault is thought to be much higher than what has been announced.

Kan also said the number of requests for psychological support as a result of physical assaults in the IOF has also doubled, and now stands at 542 cases.

Back in February, an “Israeli” officer was indicted on several counts of physical assault against three of his subordinates.

According to Kan network, a female soldier filed a complaint against the officer after she was released from the military. The IOF then located two other enlisted soldiers who were also allegedly physically assaulted by the officer.

The military said the officer, who holds the rank of second lieutenant, was charged on February 3 with forcible indecent acts toward female soldiers under his command. Kan said there were 11 charges in total.

The incident came after a military tribunal sentenced an officer a month earlier to a year and a half in jail for secretly filming dozens of female soldiers in intimate situations.