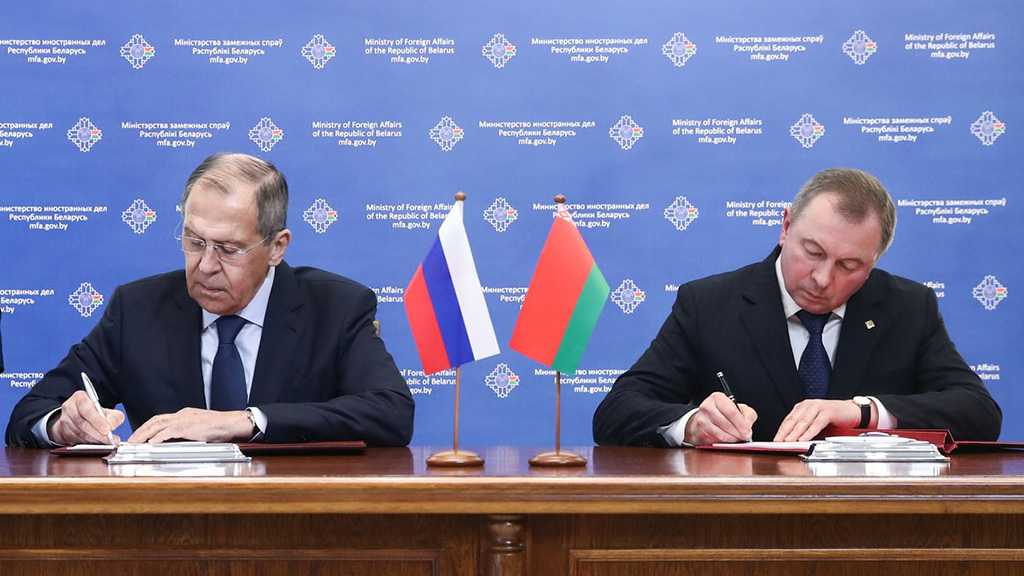 A new “Iron Curtain” is being drawn across Europe, this time by Western powers seeking to cut off Russia and Belarus over the conflict in Ukraine. While meeting his Belarusian counterpart in Minsk on Tuesday, Russian Foreign Minister Sergey Lavrov said the EU destroyed all of the relations with Moscow it had been building for decades, practically overnight.

The foreign minister of Belarus, Vladimir Makei, said “The Iron Curtain is now being erected by Westerners themselves.” He clarified he was referring not just to the severance of political and economic contact, but to the physical barrier erected along the Poland-Belarus border.

Makei said the isolationism was one-sided, as Belarus continues to advocate for dialogue with the West and seek diplomatic solutions to problems.

“It is practically already up,” Lavrov agreed, adding that Western countries “are only doing it carefully, so as not to pinch anything off, but the process is underway.”

“The summits that took place twice a year, and the meetings of the Russian government and the European Commission, and the common spaces along which the four ‘road maps’ were built, twenty sectoral dialogues, a visa-free dialogue ... All this was brought down overnight,” Lavrov said, referring to the events of 2014, when Brussels condemned what it called the Russian “annexation” of Crimea. “Relations have been nonexistent since then.”

Moscow remains open to diplomacy and dialogue, but will decide on how to re-engage with its own interests in mind, the Russian diplomat said.

“I can only say that from now on, we will not trust neither the Americans nor the EU. We will do everything necessary so we don’t have to depend on them in critical sectors,” said Lavrov.

The phrase “Iron Curtain” was coined by Winston Churchill, the British politician who led the UK through the Word War 2. The ousted PM accepted US President Harry Truman’s invitation to speak at a college in Fulton, Missouri in March 1946, and heralded the upcoming Cold War by declaring that “an iron curtain has descended across the continent,” in reference to the establishment of socialist governments in territories liberated by the Red Army in Eastern Europe.

Western historiography holds that the original “Iron Curtain” was destroyed in 1989, with the fall of the Berlin Wall and the reunification of Germany – followed by the collapse of the USSR two years later.