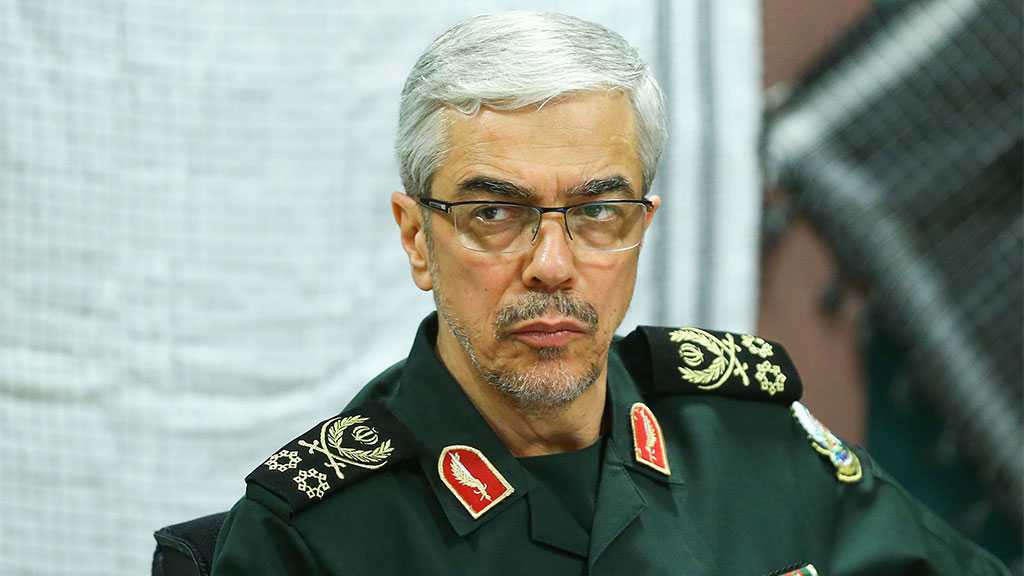 Chief of Staff of the Iranian Armed Forces Major General Mohammad Hossein Baqeri denounced the Zionist regime’s participation in the US Central Command’s military activities and war games as a source of threat to the region, which he said would definitely trigger a reaction from Iran.

In comments at a meeting with Chairman of the Joint Chiefs of Staff Committee of Pakistan General Nadeem Raza, held in Tehran on Monday, Major General Baqeri slammed the Zionist regime as the root cause of interventions and instability in the region.

The Zionist regime has hatched plots in order to establish contacts with regional countries and achieve its interventionist objectives, the top Iranian commander added.

Baqeri also cautioned that the Zionist regime’s membership in the CENTCOM [US Central Command] and its move to deploy equipment and participate in the war games would present threats to the region, adding, “We do not tolerate such threats and will definitely react to them.”

In comments in August 2021, Secretary of Iran's Supreme National Security Council Ali Shamkhani slammed the US Central Command’s decision to coordinate military activities with the Zionist regime as a testimony to the continuation of Washington’s destabilizing policies that create insecurity.

In February 2022, the Zionist regime took part in a huge US-led naval exercise in the Middle East, publicly joining Saudi Arabia and Oman.

It was the first time the Zionist regime participated in an International Maritime Exercise [IMX], and publicly alongside Saudi Arabia with which it has no diplomatic ties.

The ‘Israeli’ occupation regime normalized relations with the Gulf states the UAE and Bahrain in 2020.