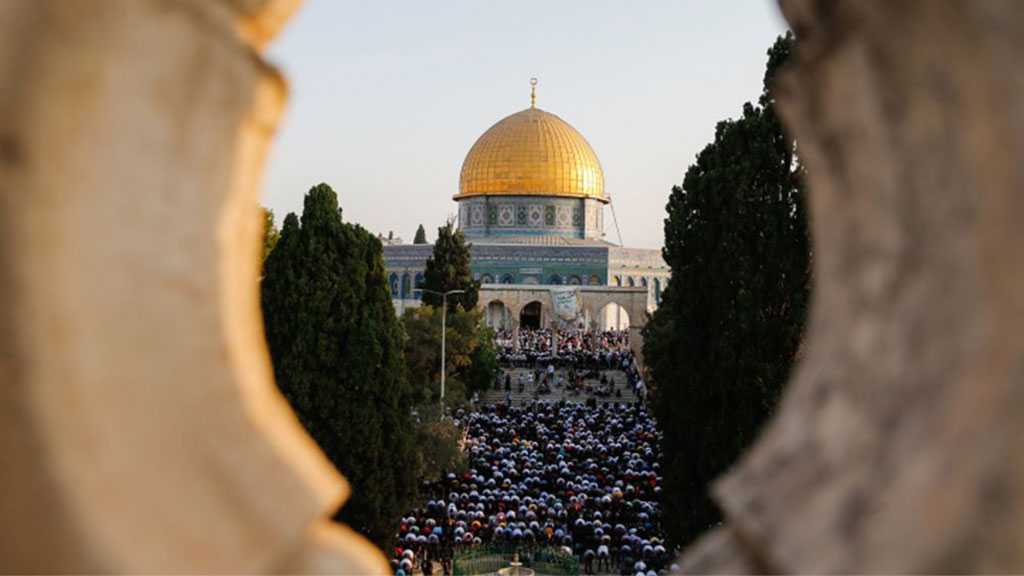 The leader of the extremist Zionist ‘Lehava’ group called for ‘Israeli’ settlers taking part in the annual so-called ‘flag march’ later this month to mark the occupation of al-Quds by demolishing the ‘Dome of the Rock’ Mosque.

The march is due to take place on May 28th.

The extremist student of the late extremist Rabbi Meir Kahane is an activist with the extremist Kach organization, which is designated as a terrorist group. He was accused in 1990 of killing two Palestinians from al-Laban al-Sharqiyeh just one day after Kahane was assassinated. Gopstein was detained for two weeks and then released due to ‘the lack of evidence.’

In 2021, the ‘flag march’ triggered an 11-day ‘Israeli’ war on Gaza which started after the Palestinian resistance launched a number of homemade rockets towards the occupied territories in response to the violations committed by the participants in the march.