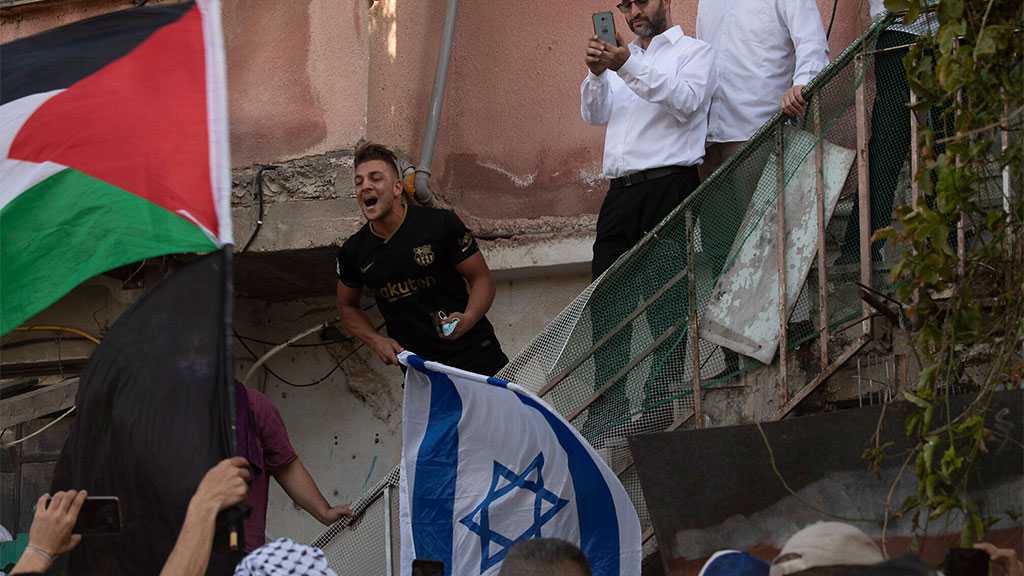 Syria roundly condemned the brutal practices of the ‘Israeli’ occupation military forces and Zionist settlers against Palestinians in the occupied East al-Quds neighborhood of Sheikh Jarrah as “war crimes,” calling on international organizations to put an end to the rising acts of the regime's aggression.

“The Syrian Ministry of Foreign Affairs and Expatriates follows up on ferocious ‘Israeli’ assaults being committed by ‘Israeli’ settlers and troops against local Palestinians in the occupied al-Quds. The attacks have claimed several lives and caused damage to property,” the ministry said in a statement released on Monday.

It denounced the displacing of Palestinian families from their ancestral homes in Sheikh Jarrah as war crimes, crimes against humanity, and a flagrant violation of international law and humanitarian principles.

“Syria calls on world states as well as international humanitarian organizations to immediately stop ‘Israeli’ practices and prevent the regime from killing more Palestinians and trampling on their rights,” the ministry stated.

Confrontations broke out in Sheikh Jarrah on Sunday as far-right ‘Israeli’ lawmaker Itamar Ben Gvir of the Religious Zionism alliance opened a parliamentary office there, in what was described as an effort to exacerbate the situation in the neighborhood.

The ministry said the failure of the international community and the UN Security Council to take necessary measures to compel ‘Israel’ to stop its occupation of al-Quds encourages the occupying regime to forge ahead with its colonial Judaization projects in the Holy City.

The Palestinian Foreign Ministry then held the Zionist regime fully and directly responsible for the escalation in occupied al-Quds and the potentially dire consequences.

Sheikh Jarrah has been the scene of frequent crackdowns by the ‘Israeli’ police on Palestinians protesting against the displacement of dozens of Palestinian families in favor of Zionist settler groups.

Since the Tel Aviv occupation regime seized East al-Quds in the 1967 war, Zionist settler organizations have claimed ownership of land in Sheikh Jarrah and have filed multiple lawsuits to force Palestinians out of their homes in the area.