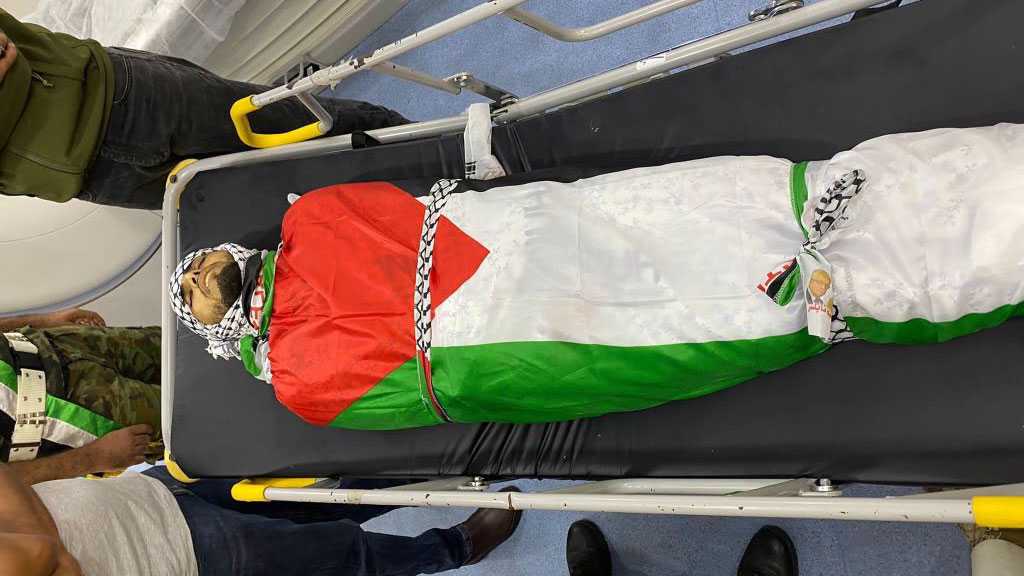 A Palestinian was shot dead by Zionist occupation troops Friday when confrontations broke out on the sidelines of a demonstration in the occupied West Bank, the Palestinian health ministry said.

The victim was hit in the head by live fire, the ministry said, in the flashpoint town of Beita, scene of regular demonstrations against ‘Israeli’ occupation illegal settlement expansion, which often degenerate into confrontations.

A family member identified the martyr as Mohammed Ali Khabisa, 27.

He was taken to hospital in the northern West Bank city of Nablus where he died shortly afterwards, the ministry said.

Beita residents have been demonstrating since May against the wildcat Zionist settlement outpost of Eviatar set up nearby.

The outpost was evacuated in early July but ‘Israeli’ occupation troops remain stationed there while authorities deliberate on its fate.

Beita's residents have vowed to continue their campaign until the occupation’s military too leaves the outpost.

Several protesters have been martyred and hundreds wounded while confronting Zionist occupation forces since May.

The Tel Aviv occupation regime occupied the West Bank in 1967 and all Zionist settlements in the territory are considered illegal by most of the international community.