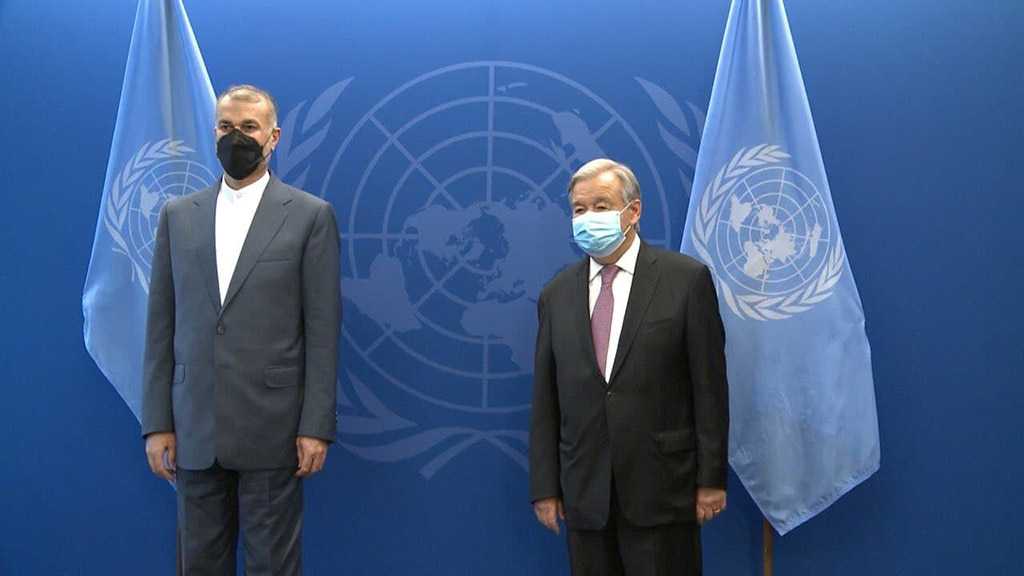 The mission of the United Nations in Afghanistan has become much more serious following the recent developments in that country, UN Secretary-General Antonio Guterres said, noting that Iran has been a close partner of the UN in this regard.

In a meeting with Iranian Foreign Minister Hossein Amir Abdollahian on the sidelines of the UN General Assembly in New York on Thursday, Guterres hailed the good cooperation between the Islamic Republic and the United Nations and said the UN welcomes wider collaborations with Iran.

Lauding Iran’s stance concerning the recent developments in Afghanistan, Guterres said he believes that an inclusive government should be formed in Afghanistan so that different groups, ethnicities and genders could play a role in their country’s future.

He also noted that the UN mission in Afghanistan has become much more serious, emphasizing that Iran is a close partner with regard to the Afghan issue.

Guterres also referred to the UN’s principled stance in rejecting the US withdrawal from the Joint Comprehensive Plan of Action, saying he had always supported the 2015 nuclear deal, which was ditched by the US in 2018 in pursuit of unilateral sanctions against Tehran.

For his part, the Iranian foreign minister called on the United Nations to unanimously stand up against the United States’ making use of terrorism against different nations for political motives.

“The US uses sanctions against nations. The US uses terrorism against other nations for its own political goals – most notably the cowardly assassination of General Soleimani,” Amir Abdollahian deplored.

He underlined that a unified voice from the UN against such imperious conduct is necessary, adding, “Of course, Iran is pursuing [the case] nationally and internationally to bring to justice the perpetrators of the assassination of General Soleimani and his companions.”

He said the need for the UN to play a serious and constructive role in the region is felt more than ever, particularly in Palestine, Syria, Yemen and Afghanistan.

While criticizing the UN’ inaction in the face of the Israeli regime’s atrocities against the Palestinian people, the Iranian minister expressed hope that such a trend would change during Guterres’ tenure.

Regarding the situation in Syria, Amir Abdollahian pointed out that parts of Syrian soil have been occupied by foreign forces, Press TV reported.

He finally emphasized that the inhumane Saudi siege of Yemen must end.