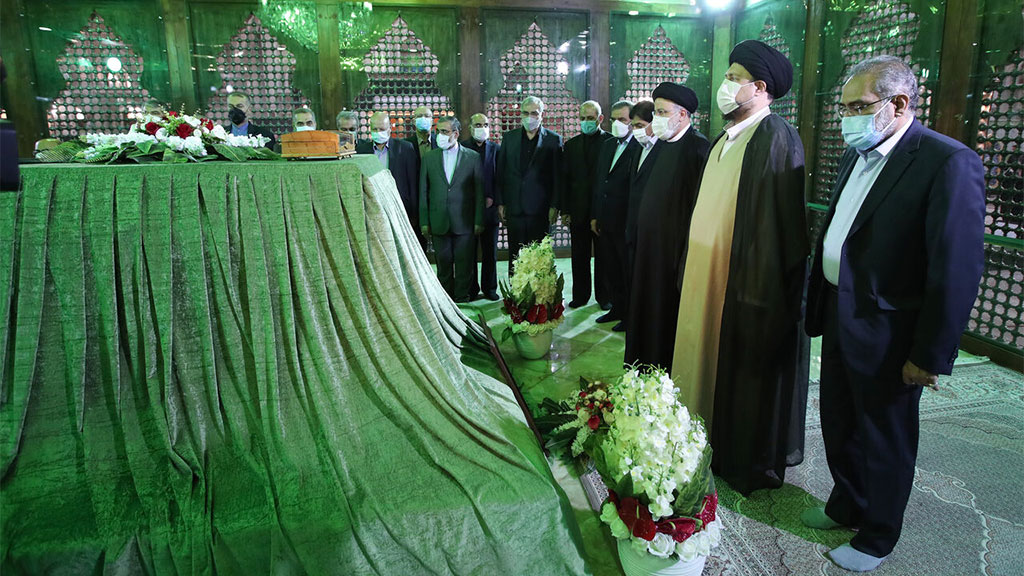 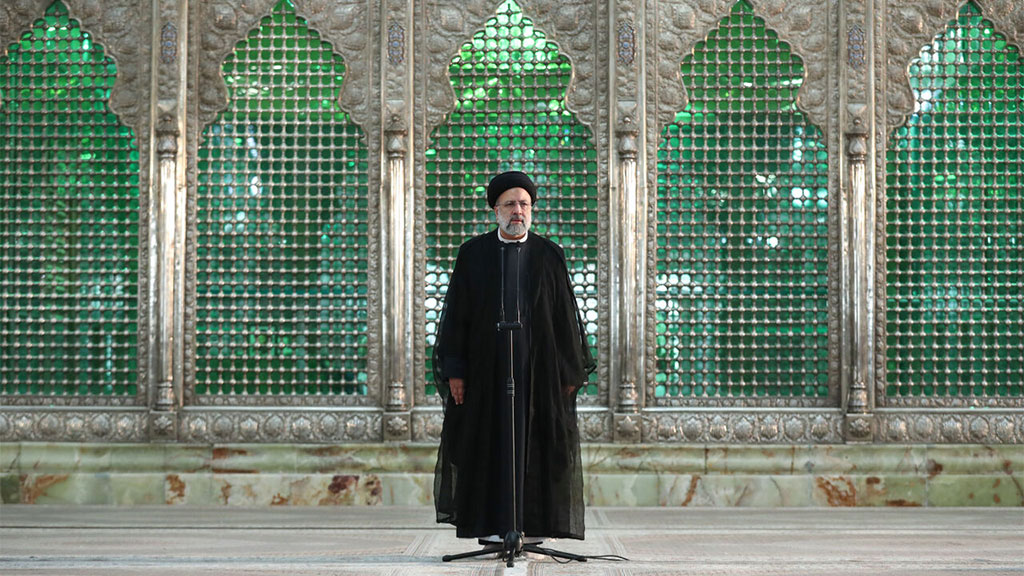 Iranian President Ebrahim Raisi and members of his new Cabinet renewed allegiance to the high ideals of the Late Founder of the Islamic Revolution Imam Ruhollah Mousavi Khomeini at his mausoleum.

In the event that took place on Thursday morning with the Custodian of Imam Khomeini’s Mausoleum, Sayyed Hassan Khomeini taking part, President Ebrahim Raisi paid tribute to the Late Founder of the Islamic Revolution by placing a bouquet of flowers on his grave.

The visit comes only one day after almost all of his proposed ministers were approved by the Parliament.

The ceremony, practiced traditionally by Iranian administrations on the first day of the formation of their cabinet, marks the practical start of the administration's work.