Bülent Yıldırım, Turkish activist, has been President of İHH, İnsani Yardım Vakfı, or Humanitarian Relief Foundation, for 20 year now, during which he and his organization conducted many humanitarian aids worldwide.

Bülent Yıldırım started his career and way in Islamic politics, but after the Bosnia war in 1992, Bulent was asked to open IHH for humanitarian relief in Bosnia.

However, after years have passed, IHH is currently politically independent, and is helping 120 countries, such as Chechnya, Iraq, Afghanistan, Pakistan, Palestine and Lebanon.

IHH is known to be a place where all Muslims refer to when they need help.

In an interview with moqawama.org, President of IHH expressed the agenda of his humanitarian relief organization, elaborating on the levels of service. 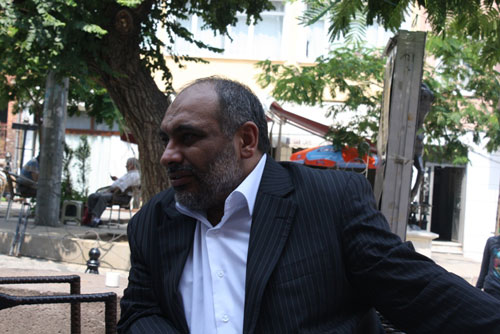 "In the 120 countries we help build and support hospitals, orphanages, shelters for homeless, and in many other aspects", Bülent said.

IHH President also said, "We are going to give "Israel" a chance to allow us entrance to Gaza, because our movement will continue, it won't stop, even if we end up with more martyrs and casualties. Currently there are many meetings on when and how to go again into Gaza".

On the dawn of the 31st of May, "Israeli" naval vessels attacked the Turkish-led humanitarian Freedom Flotilla to break the siege on Gaza, where the raids resulted in the martyrdom of 9 Turkish activists, and the injury of some 60 others.

IHH is currently receiving the Viva Palestina organization, led by former British MP George Galloway, which is preparing a convoy of 40 activists, who will all be heading towards Gaza by October, along with aid vehicles.

Concerning the major struggle in the Middle East, which is Palestine, Bülent Yıldırım stressed that Al Aqsa Mosque crisis should be solved, for if it wasn't, no other problem would be, expressing that Al Aqsa and Al Quds, are the most important in the Palestinian struggle.

When asked about Lebanon, Bülent Yıldırım said that his organization was present at the times of war in Lebanon, where they worked on gathering many help and humanitarian aids from all over Turkey.

Speaking about Hizbullah, Yıldırım said, "The war in Lebanon showed that Hizbullah proved that "Israel" is not a strong army as it says it is. Because of Hizbullah we saw that when people believe that they can overcome strong obstacles, they prove that they can".

Bülent Yıldırım believes that Lebanon and Turkey share a strong relation, more of a brotherly relation, especially regarding the latest stances confronting the "Israeli" constant aggressions on Lebanon and Palestine.

"We send our greetings to the Lebanese people from Turkey and we tell them that we are proud to be your brothers", IHH President Bülent Yıldırım concluded.

Turkey, its government and people, have been expressing a very strict anti-"Israeli" stance, especially after the "Israeli" aggressions on both Lebanon in July 2006, and Gaza in 2008-2009.

The trigger which moved the international, and especially the Turkish community, was the brutal "Israeli" siege on Gaza, which approached now its fourth year, and the "Israeli" attack on the Turkish Mavi Marmara.

"Israeli" violations have reached the climax, it is time for the falling events to take place, and put an end to the illegal and inhumane brutally of the "Israeli" enemy, until a resolution is achieved, and "Israel" is defeated. 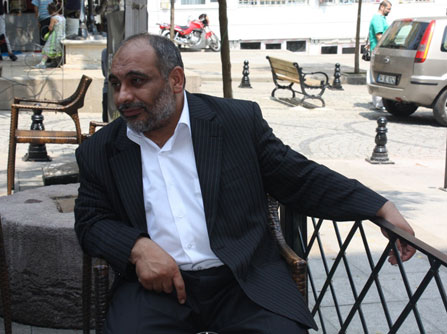