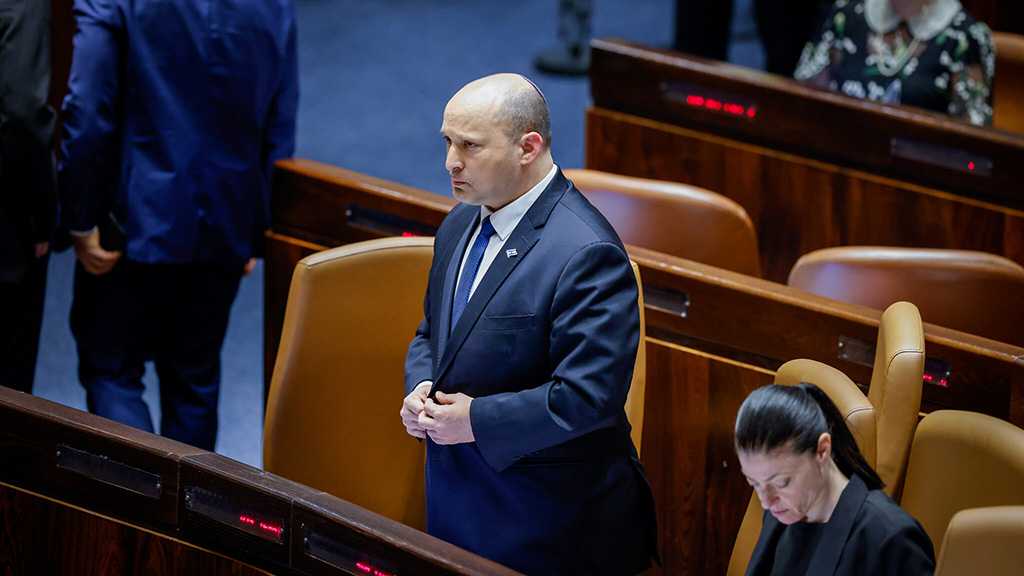 “Israeli” Prime Minister Naftali Bennett expressed the idea of retiring from political life and not running in the next elections, several “Israeli” channels reported on Wednesday evening.

Bennett voiced the idea in a meeting with members of his Yamina party, but has yet to make a final decision, according to Kan public broadcaster. The politician has not publicly addressed the issue.

Yamina deputies reportedly urged Bennett to make a decision quickly, linking their fate with his political plans. According to reports, some of them would also be likely to resign if Bennett defected.

The Knesset approved in a preliminary reading on Wednesday a bill providing for its dissolution. Once it clears the necessary legislative hurdles, the “Israeli” entity will head to its fifth election since 2019. Foreign Minister Yair Lapid will become interim prime minister until a new government is formed.

Earlier on Tuesday, TV polls predicted Bennett's Yamina party would win only four to five seats, compared to seven the party won in the 2021 elections, which could encourage the incumbent prime minister to pass on the reins of his party.

Naftali Bennett was first elected to the Knesset in 2013, after leading the Jewish Home party, which then won 12 seats. He then served as a minister in governments led by current Opposition Leader Benjamin Netanyahu.

After the 2021 elections, Bennett broke with Netanyahu and formed a diversified unity government. The coalition has crumbled under the weight of defections in recent months, many from Bennett’s own party, due to ideological differences with coalition partners.