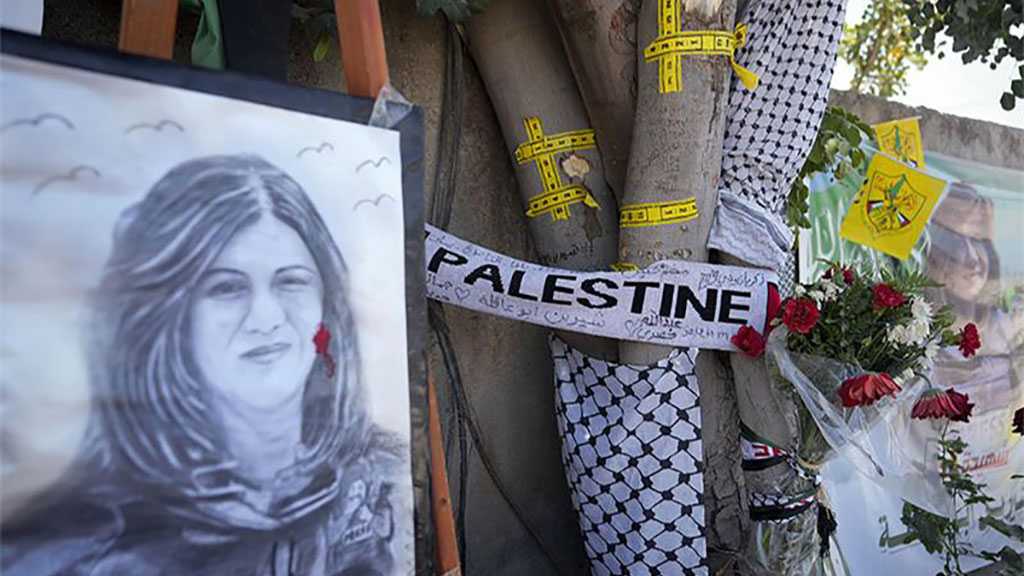 Almost two weeks after the assassination of the veteran Palestinian-American reporter for Al Jazeera, a reconstruction by The Associated Press lends support to assertions from both Palestinian authorities and Abu Akleh's colleagues that the bullet that cut her down came from an ‘Israeli’ gun.

Any conclusive answer is likely to prove elusive because of the severe distrust between the two sides, each of which is in sole possession of potentially crucial evidence.

Multiple videos and photos taken on the morning of May 11 show an ‘Israeli’ convoy parked just up a narrow road from Abu Akleh, with a clear line of sight. They show the reporters and other bystanders in real time taking cover from bullets fired from the direction of the convoy.

The only confirmed presence of Palestinian militants was on the other side of the convoy, some 300 meters away, mostly separated from Abu Akleh by buildings and walls. ‘Israel’ claims at least one militant was between the convoy and the journalists, but it has not provided any evidence or indicated the shooter's location. Palestinian witnesses say there were no militants in the area and no gunfire until the barrage that struck Abu Akleh and wounded another reporter.

Those witnesses say they have no doubt that it was ‘Israeli’ soldiers who killed Abu Akleh.

AP reporters visited the location where Abu Akleh was martyred on the edge of the Jenin refugee camp in the northern West Bank.

Interviews with five Palestinian eyewitnesses corroborate an analysis by the Dutch-based Bellingcat research group indicating ‘Israeli’ forces were closer to Abu Akleh and had a better line of sight. The group, which specializes in geolocating events in war zones by analyzing photos and video shared online, pinpointed the location of the convoy just up a narrow road from where Abu Akleh was martyred.

Reporters who were with Abu Akleh say that when they arrived at the scene it was quiet, with no confrontations in the immediate area. Ali Samoudi, an Al Jazeera producer from Jenin, said he called people inside the camp to get an idea of what was happening.

Then they proceeded to a long, narrow road sloping up from an open area to a cluster of concrete buildings where an ‘Israeli’ army convoy was parked some 200 meters away. Each reporter was wearing a helmet and a blue vest labeled "PRESS'' in large lettering.

"We stepped out into the open so they could see us,'' Samoudi told the AP. "They didn't indicate that we should leave, so we went slowly, walking forward about 20 meters.''

Shatha Hanaysheh, a local photographer, said they remained there for 5 to 10 minutes, talking and even laughing in full view of the soldiers. A video that appears to capture the first shots supports her account.

Samoudi said the soldiers fired a warning shot, causing him to duck and run backwards. The second shot hit him in the back. Abu Akleh was shot in the head and appears to have died instantly, Hanaysheh sheltered on the other side of a tree next to a wall. Tree bark on the side facing the army appears to have been chipped away by gunfire or shrapnel.