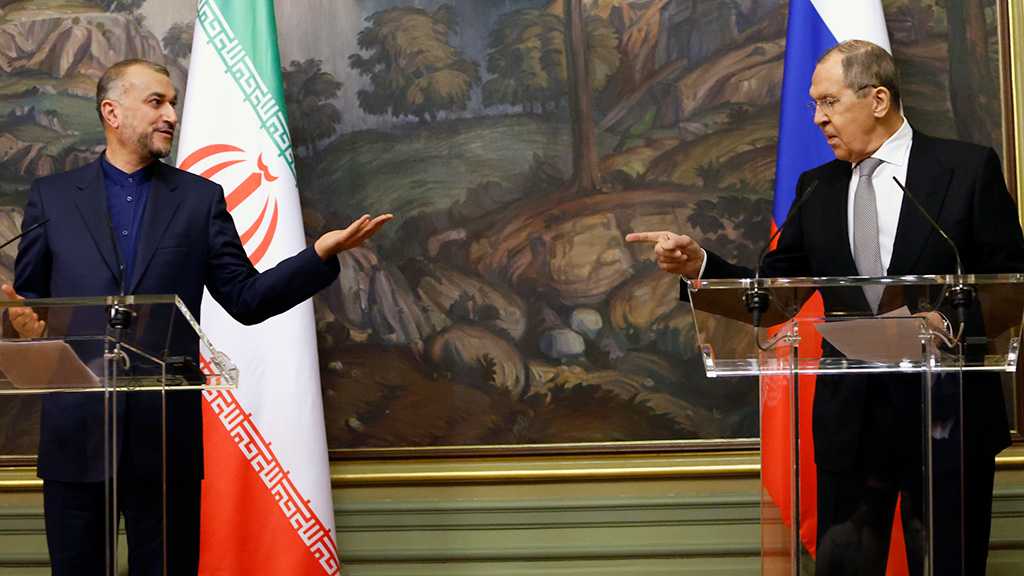 Iranian Foreign Minister Hossein Amir Abdollahian underlined the Islamic Republic’s support for the settlement of the crisis in Ukraine via diplomacy.

Iran’s top diplomat and his Russian counterpart Sergei Lavrov held talks on the phone on Thursday over bilateral, regional and international issues as well as the latest state of talks aimed at removing anti-Iran sanctions.

Amir Abdollahian referred to the recent ratification of the Iranian government regarding cultural and information security agreements between Iran and Russia and sending it for approval to parliament. He then welcomed the approval of such documents on part of the Russian side.

He outlined Iran’s stance and its opposition to the use of war and sanctions as a tool. He reaffirmed Tehran’s support for a ceasefire and returning to the negotiating table.

Amir Abdollahian stressed that the Islamic Republic of Iran supports any diplomatic efforts to resolve the Ukraine conflict given its excellent ties with Russia and is ready to mediate and help with the settlement of the crisis.

The top Iranian diplomat also spoke about the sanctions removal talks in Vienna, saying if the US acts rationally, the nuclear deal is at hand.

He also called for all parties to the talks to put forth their own initiatives, the Iranian Foreign Ministry’s website reported.

He underlined Iran’s firm determination to reach a good, robust and lasting deal, but with observance of its red lines.

The Iranian foreign minister further praised Russia’s positive stance and its support of an agreement that is acceptable to Iran.

The two sides then discussed the latest state of bilateral issues during the telephone conversation.

Lavrov underscored that his country’s priority is to implement the documents signed by Russia and Iran, noting that he will personally pursue issues of inter-organizational coordination until the final result is reached.

The Russian foreign minister reaffirmed Moscow’s support for reaching a deal and its efforts to help finalize an agreement that is fair and in line with the interests and demands of the Iranian side.

Lavrov also criticized the US and West’s unconstructive stance and outlined the latest developments in Ukraine. He welcomed any initiative that would make Ukraine show interest in dialog and described Iran’s role in this regard as constructive.