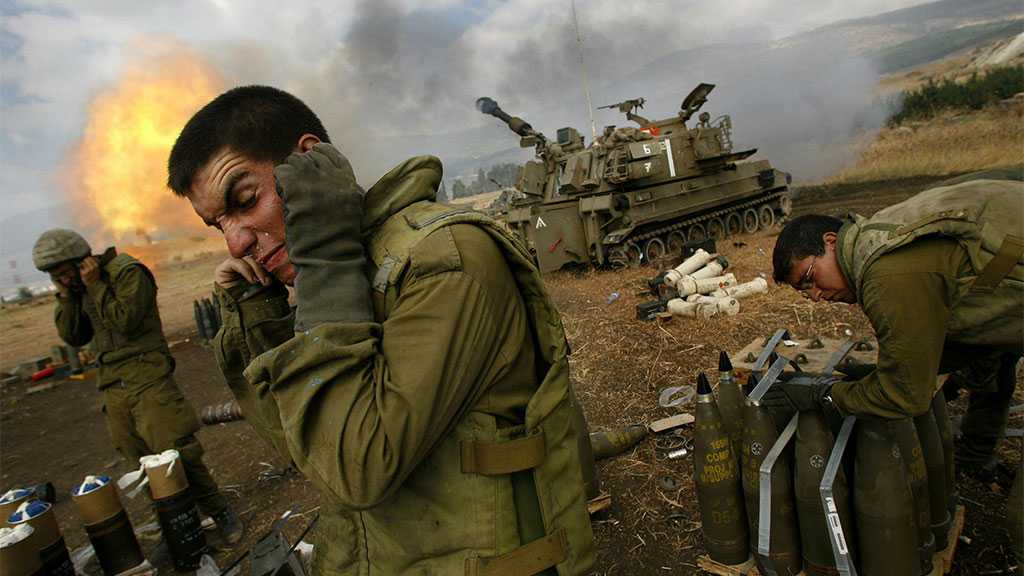 In the middle of two harsh winter storms, the Zionist military’s 74th Armored Battalion conducted a large-scale drill and in an attempt to improve its ability to go to war against Hezbollah.

The five-day exercise saw troops simulate combat against Hezbollah after a three-month training period in the occupied Golan. The drill saw Zionist soldiers practice combat methods in rocky terrain and in urban centers where they will have to battle the resistance group.

“The drill was long and complicated, with a number of technical operations that we worked on,” said Lt.-Col. Ofer Tchorz, commander of the 74th battalion, a part of the 188th Armored Brigade.

“The summer doesn’t influence tanks, but winter takes the drill to the next level,” he said, explaining that some of the tanks got stuck in the mud during the drill, needing to be removed by engineering platforms.

Having to carry out the drill during bad weather showed troops how to deal with the added challenges posed by such conditions should war break out with Hezbollah in the winter, Tchorz explained.

“We are preparing for war with Hezbollah in all weather conditions.”

Company Commander Cpt. Ofek Naaman from the 605th Combat Engineering Battalion told The Jerusalem Post that he and his troops trained during the two winter storms last month.

“It’s definitely a lot more challenging than the summer,” he said. “But I trained my troops during the last two storms that we had, so no doubt it was challenging but it’s not something my fighters did not experience.”

What was more challenging, he said, was walking on the hilly terrain.

“The area is full of hills and the ground was muddy,” he said. “The equipment is heavy and needed to be carried for a long period of time.”

Hezbollah has been described by senior military officers as the strongest army in the Middle East after the Zionist military.

Troops from the unit have four months of specialized training, including intensive studies on the enemies that surround the ‘Israeli’ occupation entity, specifically the threat posed by Hezbollah. The soldiers also have intelligence briefings and reviews where they are updated on what is happening on various fronts in order to constantly update their combat methods.

For Naaman, Hezbollah’s strength is not something to laugh at – and it’s for exactly that reason that forces are training for war against the group.