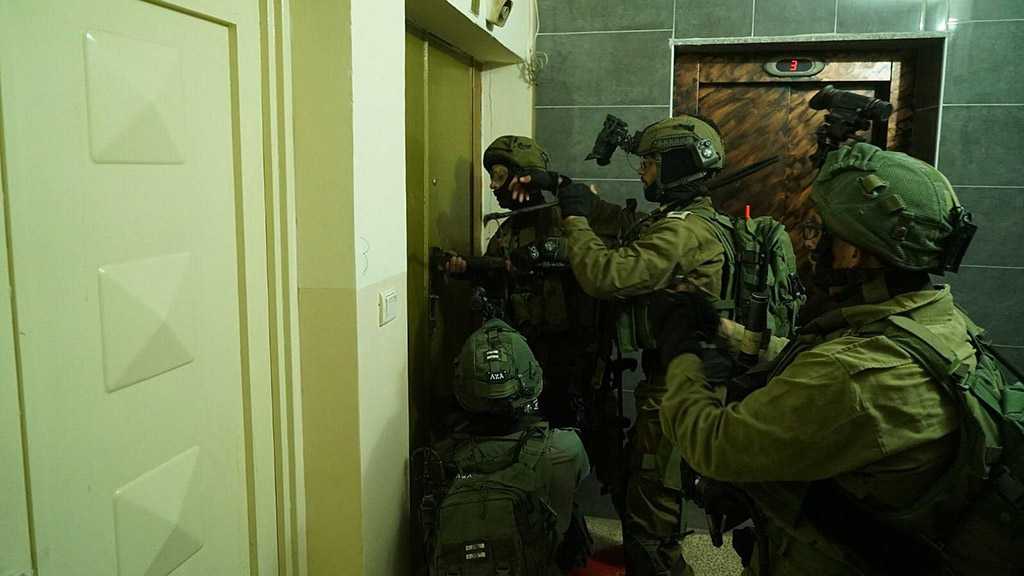 The “Israeli” Occupation Forces [IOF] have kidnapped several Palestinians during raids in various areas across the occupied West Bank.

The Palestinian Information Center cited local sources as saying that the IOF detained six Palestinians in the West Bank city of Qalqilya on Sunday.

Three young men were also nabbed in the village of Deir Abu Da’if, east of the West Bank city of Jenin, during the early morning raids.

They also stormed Jabel at-Taweel neighborhood in al-Bireh and raided several homes, but no detentions were reported.

The IOF frequently carries out wide-ranging kidnapping campaigns across the occupied West Bank under the pretext of searching for “wanted” Palestinians.

More than 7,000 Palestinians are reportedly held in "Israeli" jails. Hundreds have been incarcerated under the so-called administrative detention, which allows detaining Palestinians in Israeli prisons without trial or charge.

Some Palestinian prisoners have even been held in so-called “administrative detention” for up to eleven years.

Thousands of Palestinian prisoners on Sunday rejected meals in solidarity with the six fellow inmates.