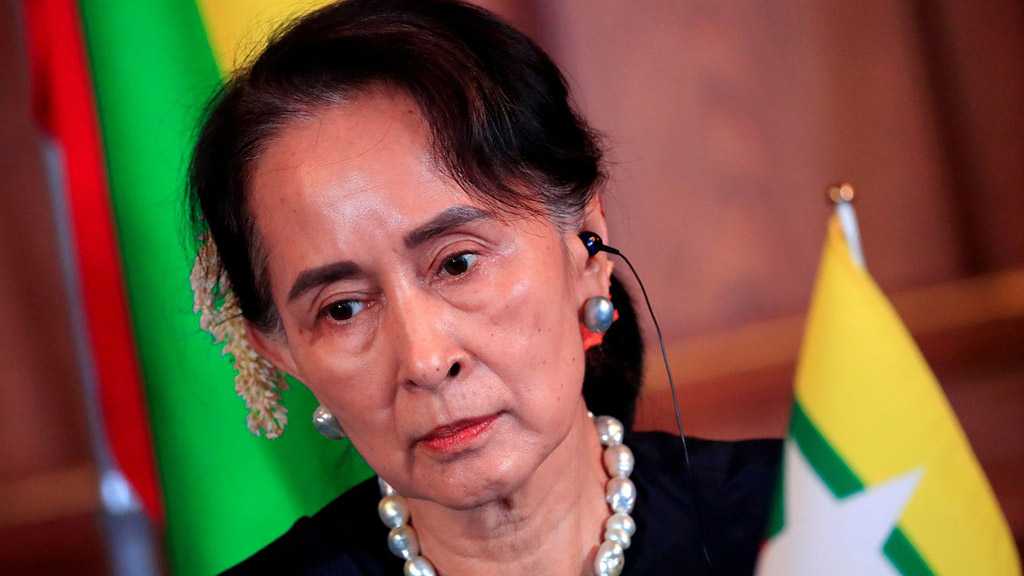 Myanmar’s deposed leader, Aung San Suu Kyi, has reportedly denied a charge of incitement to cause public alarm in her first court testimony since her arrest and following a February 1 military coup.

Suu Kyi testified at a special court session in the capital, Naypyitaw, on Tuesday, when she denied incitement in connection with two statements that her party published in February condemning the military junta and calling on international organizations not to cooperate with it, Myanmar Now news agency reported.

Details of what she said were not available because of a gag order imposed on her defense lawyers by the military earlier this month, barring them from speaking to the media and providing information on the court proceedings.

The order came after one of Suu Kyi’s lawyers, Khin Maung Zaw, reported that Myanmar’s ousted president Win Myint had testified in court that the military had tried to force him to relinquish power hours before the coup and warned him he could be seriously harmed if he refused.

The court sessions are also closed to reporters and the public, the prosecutors do not comment on them, and the state-controlled media have not reported directly on them.

However, a member of her defense team, who requested anonymity, told Myanmar Now that Suu Kyi “was able to defend her innocence very well,” without providing any further details.

Suu Kyi’s co-defendants in the case are Win Myint, who was president in her government, and Naypyitaw’s former mayor, Myo Aung. Their lawyers have repeatedly tried but failed to have the incitement charge dropped, which is punishable by up to three years in imprison.

The lawyers for Suu Kyi and Win Myint have said they cannot be held responsible for the statements – which criticized the military takeover of the country and suggested in broad terms that it be resisted – because they were already in detention.

Myanmar has been gripped by turmoil since the military ousted Suu Kyi in the coup and detained her and several other senior figures from the National League for Democracy [NLD] party over election fraud allegations.

Since then, hundreds of thousands of people have held numerous protests against the coup leaders in the Southeast Asian country, demanding the release of Suu Kyi and the other detainees.

Suu Kyi, 76, is currently under house arrest and faces several criminal charges, including violating coronavirus restrictions by staging a campaign event in 2020. She is also being investigated for corruption allegations, including illegal importation and possession of walkie-talkie radios, accepting bribes, and violating a colonial-era secrecy law.

If convicted, she could be permanently barred from political office.

In August, the junta leader, Min Aung Hlaing, declared himself prime minister. His caretaker government is scheduled to hold elections by 2023.