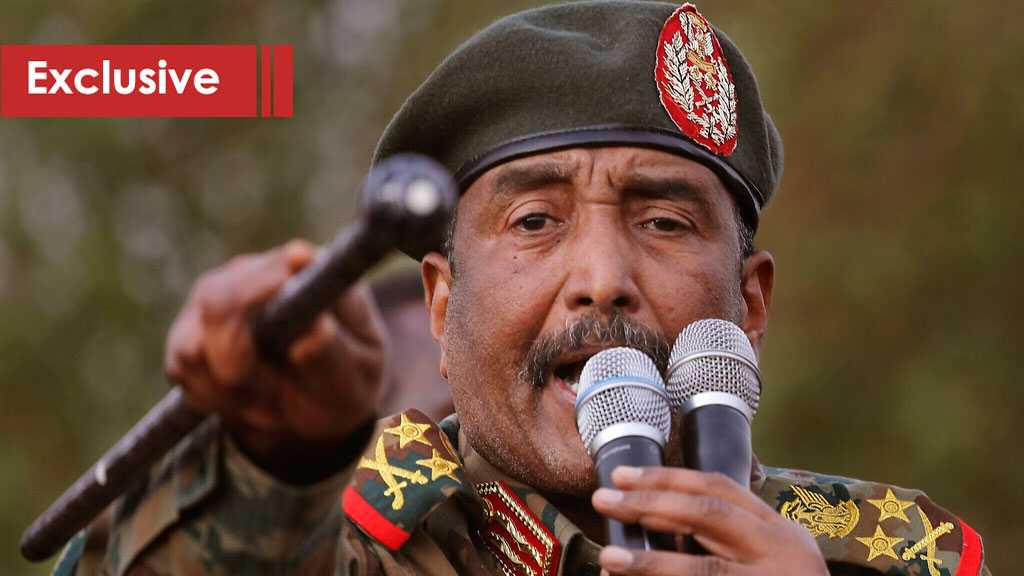 Sudan woke up on Monday to yet another military coup attempt in which Prime Minister Abdullah Hamdok was put under house arrest, in addition to other ministers from his civilian government.

Hours later, the head of Sudan’s ruling military council, General Abdul Fattah al-Burhan, declared a state of emergency across the nation, and dissolved the transitional sovereign council and government.

We are declaring "a state of emergency in the country, dissolving the Sovereign Council and the cabinet and freezing the work of the Empowerment Committee," al-Burhan said in a televised speech.

He also announced the suspension of some provisions of the constitutional document outlining political transition in Sudan.

In comments to al-Ahed News, a commander from from Sudan’s Popular Congress Party, Boubaker Abdul Razzaq stated that since day one, on April 11, 2019, the PCP estimated that what was happening never had been a popular uprising, labelling it instead as a military coup that was organized then by the security commission.

As a prominent and active political party, the Popular Congress considers that all Sudanese forces must unite together to pressure the military for thwarting this coup and turn it instead to a real revolution that produces free elections, a civil rule that empowers freedoms, demography, justice and peace, in addition to a historic transformation that shifts Sudan towards a rule based on a Presidential-Parliamentary system, Abdul Razzaq explained.

He then affirmed that all political transformations have forced the Security Committee to submit to the American, British, pressures, as well as the pressure from two Arab states, one of which is located on the Red Sea, while the other is an influencer Gulf state.

Abdul Razzaq then said that during a meeting in Garden City, Sudan’s military was pressured by a US-government proxy and other collaborators to accept the formula in which the Constitutional Document has been prepared.

Sudan’s Popular Congress Party supports two choices, its member told al-Ahed. One option is to either form a civil council with a civil president who runs the transitional period, without being politically affiliated with any party, and to rather be skilled and qualified at the same time. The second acceptable option for the PCP is that the military council the like of that led by Field marshal Abdel Rahman Suwar al-Dahab [who stepped out as President of Sudan after one year in office], in parallel with the formation of an independent qualified cabinet that caretakes affairs during the transitional period until the date of general elections comes to be.

Hence, the PCP voiced support to only one-year transitional period until the elections take place.

Abdul Razzaq didn’t rule out that the PCP expects many repercussions to follow in Sudan after Monday’s developments, although it was clear that al-Burhan has already made his mind.

Until today, Sudan was ruled by a Sovereign Council of military and civilian officials, which oversees the transition period until elections slated for 2023, as part of a precarious power-sharing pact between the military and the Forces for Freedom and Change [FFC] coalition.

Al-Burhan said an independent government of technocrats would be formed to rule the country until elections in July 2023.

After a failed military coup last month, deep tensions between the military and the civilian administration erupted in Sudan amid rival protests in the capital Khartoum in recent days.