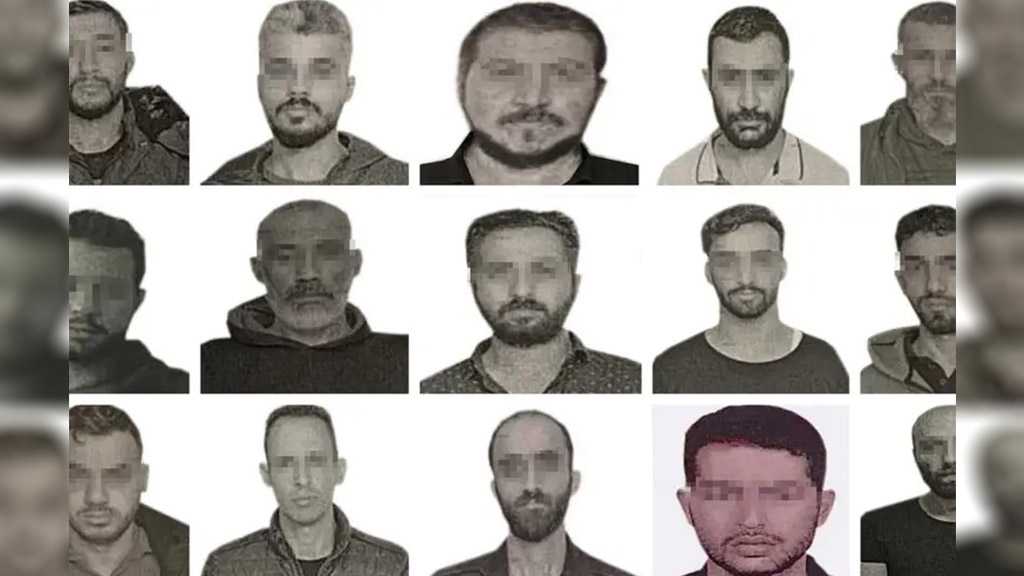 The report identified a key figure among the spies as M.A.S., who reportedly studied at Konya University.

The senior Mossad official described in the report was given the name A.Z., who is supposedly a Germany-based officer in charge of this supposed network.

One of the main spies, identified as A.B. by the report, allegedly collected information about what kind of facilities Turkey provides for Palestinians opposed to the “Israeli” entity in the country. A.B. entered Turkey in late 2015 and was reported as a missing person in June of this year, according to the report. The report he was missing was intended to divert attention from the cell, which was already under surveillance by then, Sabah claimed.

Other supposed agents described in this report included B.U.T, a 21-year-old German-based officer who gathered information on Palestinians in Turkey; A.J.A., a 29-year-old who transferred money and allegedly worked as an emissary for Mossad officers; N.A., 29 and wired money through Western Union; R.A.A., 46, the oldest in the network who allegedly received funds for meetings at the “Israeli” consulate and supposedly met with Mossad officials in the “Israeli” entity and Zagreb, Croatia; A.R.A., 29 who was paid in bitcoin for collecting information on Arabs in Istanbul and met with Mossad officials in Nairobi, Kenya; and others whose roles in the network were not clear.

Turkish reports claimed that the suspects were split into five cells of three people each and were all arrested in a covert operation on October 7. The Turkish Sabah newspaper claimed that it was able to obtain the names of the alleged spies as well.

One of the five cells was in contact with and met with case officers from the Mossad and provided information and documents important for the “Israeli” entity. Information about Turkish and foreign students in Turkey was given to the Mossad in exchange for payment, according to Sabah.

The Turkish TRT Haber news reported that Palestinian and Syrian students were targeted by the cells, with a focus on students receiving training in the defense industry, as well as information on associations and organizations. The TRT report included video of the arrests.

The report comes just weeks after the Shehab news reported that seven Palestinians who had been reported missing in Turkey had been arrested for spying on “Palestinian national figures” in Turkey for the Palestinian Authority’s General Intelligence Services [GIS] and the Mossad. The report claimed that Turkish intelligence services caught the spies.

The Middle East Eye news site reported on Thursday that it was able to confirm that the 15 suspects had been arrested on charges of “espionage and working for Mossad to gather information on Palestinian citizens living in Turkey.”

MEE added that six Palestinians who were reported missing in Turkey since September were among the suspects. One of the brothers of one of the suspects told MEE that the reports about espionage were false and that the whole situation was a misunderstanding.

Shehab reported on Thursday that the Turkish report confirmed their earlier report.

Last month, Palestinian media reported that a number of Palestinians had gone missing in Turkey. Earlier this month, the Palestinian Authority Foreign Ministry announced that the whereabouts of some of the missing Palestinians had been identified after Turkish authorities contacted their families.

The Palestinians were recruited with offers of payment and threats of obstructing the renewal of their passports, according to Shehab, with Turkish security services finding that sums of money coming from the GIS were being sent to Palestinians who were “moving in a suspicious and intense manner,” especially after Operation Guardian of the Walls in May.

The goal of the GIS spies was to prepare for assassination operations against leading Palestinian figures in Turkey, according to Shehab. The report claimed that Israel was reluctant to carry out operations itself in Turkey due to concerns of a reaction by Turkish President Erdogan.