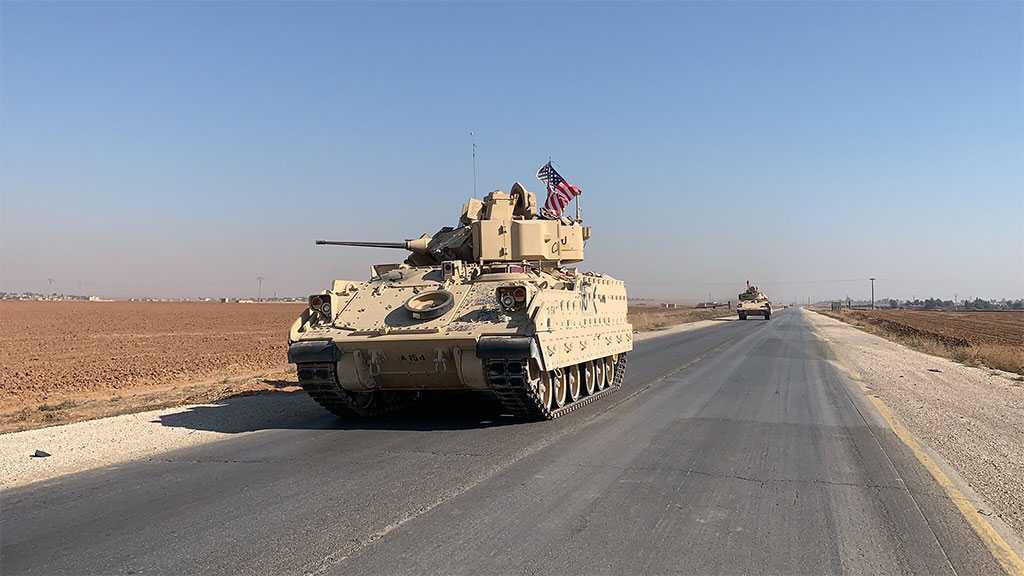 A US military convoy has been forced to retreat from an area in Syria’s northeastern province of Hasakah after government soldiers blocked it, amid public anger at the deployment of the occupation forces in the oil-rich region.

Syrian army troops, deployed at a security checkpoint near the village of al-Damkhiya southwest of Qamishli city, blocked the road and prevented the passage of US armored vehicles travelling along the strategic M4 highway.

The American troops were subsequently forced to turn around and go back in the direction they came from. There were no reports of clashes or injuries.

The development came a few days after local residents of a village in the same Syrian province prevented a US military convoy from passing through the community.

Beirut-based al-Mayadeen television news network reported that a US convoy of four armored vehicles was forced to turn around and head back in the direction it came from after villagers in Hamu blocked the road and prevented it from passing.

The US occupation military has stationed forces and equipment in eastern and northeastern Syria, with the Pentagon claiming that the deployment is aimed at preventing the oilfields in the area from falling into the hands of Daesh terrorists.