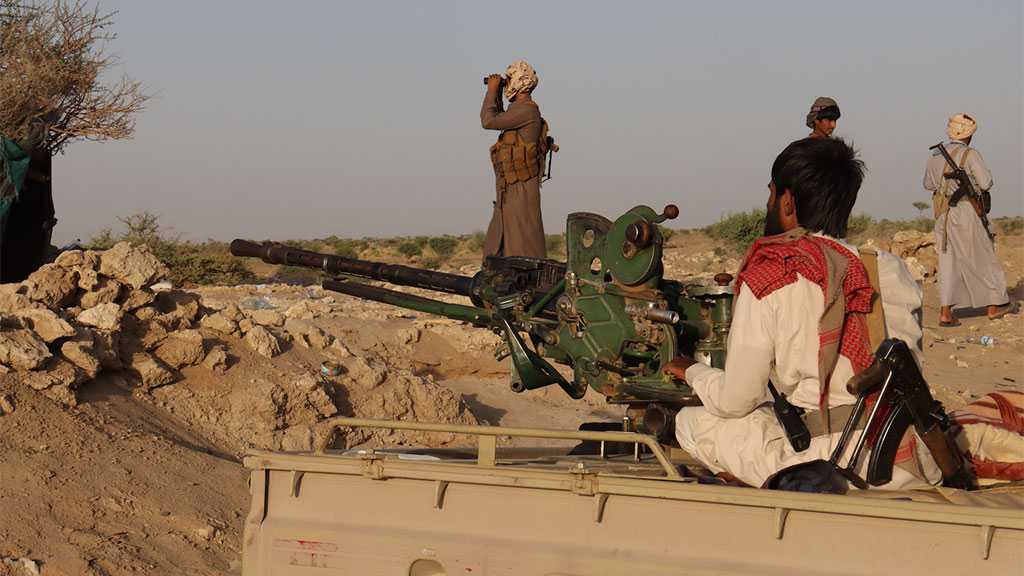 Yemeni army forces, backed by allied fighters from Popular Committees, have made new advances in the country’s central province of Marib, establishing full control over a strategic region south of the provincial capital.

The troops also laid siege to the Jabal Murad district, and are about to launch negotiations with local tribal leaders for the liberation of the area.

The spokesman for Yemen’s Ansarullah movement said that the US demand for a halt in fighting in the oil-rich Marib province attests to close relations between Washington and Daesh militants.

Dozens of militants from the Al-Qaeda-linked Islah party have fled Marib to neighboring provinces amid advances by Yemeni army soldiers and fighters from Popular Committees.

The Office of Human Rights in Saada, in a statement released on Friday night, held the United Nations legally and morally responsible for the ongoing crimes of the alliance in the province, saying that the world body’s silence and inaction has emboldened the Riyadh regime and its allies to press ahead with their criminal acts.

“We have detailed documents and reliable data on all crimes committed by the coalition of aggression in Saada province. We are ready to present them to relevant international agencies,” the statement read.