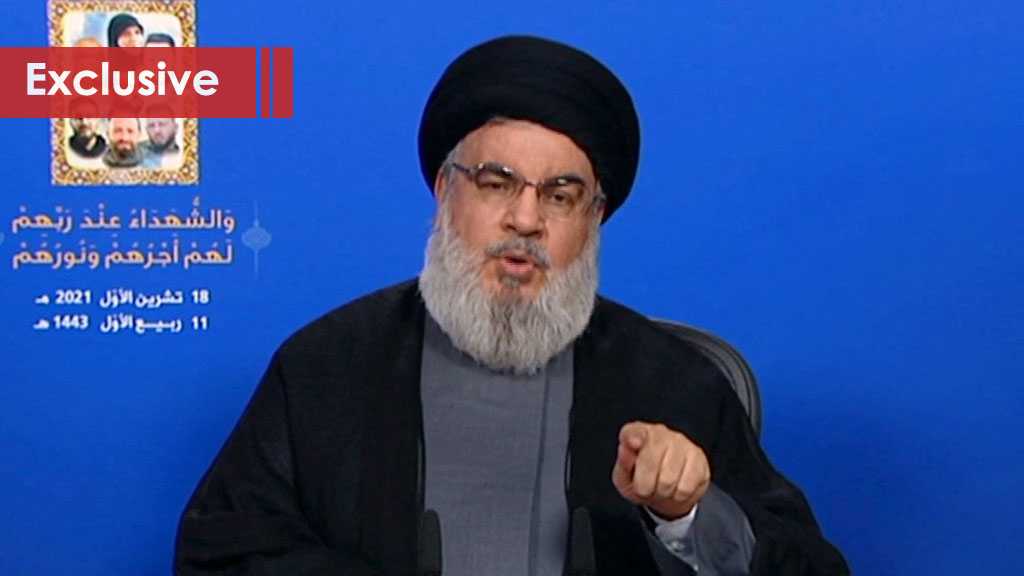 Hezbollah Secretary General last speech about Tayyouneh bloody ambush by Samir Geagea’s criminal militia has continued to send resounding messages in Lebanon and all over the region, and especially within the ranks of the ‘Israeli’ enemy in occupied Palestine.

The content of the speech was very direct in accusing Geagea militia, which is formally called the ‘Lebanese Forces’ party, of being responsible for the bloody massacre they perpetrated against the civilian protesters passing through the area.

The speech has equally exposed the head of this criminal militia Samir Geagea and his long history of war crimes, assassinations, massacres, and aggression against the Lebanese people.

It also exposed his mindset and sick mentality which is always preoccupied and obsessed with violence, power thirst and bloodshed.

The speech exposed the history of this militia and its real agenda of partitioning the country and turning it into closed antagonistic cantons fighting against each other throughout a civil war.

Sayyed Nasrallah made it very clear that the Resistance will never be dragged into this war, and announced for the first time that this Resistance has 100000 fighters who are ready to defend Lebanon and the Lebanese people.

This announcement was the center of interest and deeply examined by many parties inside and outside Lebanon.

Although Sayyed Nasrallah was very clear in explaining that the fighters are to secure a guarantee of protection and safety for Lebanon and the Lebanese, against any inside or outside threat, some of the ill-intentioned tried to use his announcement as an example about Hezbollah threat to the Lebanese.

But aside from the internal Lebanese affairs, the message was read carefully in the circles of the ‘Israeli’ enemy; the ‘Israeli’ media outlets and military research centers had intensive focus on this announcement.

The enemy knows for a fact that Sayyed Nasrallah’s announcement about the resistance’s 100,000 trained and fully-equipped fighters is neither a media joke nor a propaganda. And even if it is part of a psychological war against the enemy, it is built on solid facts.

Thus, it will definitely act as a further deterrence against any ‘Israeli’ aggression and will solidify the Lebanese equation of protection and safety, furthermore, it will send a strong Lebanese message to the ‘Israelis’ that they cannot dig and extract gas and oil from the Lebanese territories and properties in land and sea without taking into account that Lebanon is capable of defending its resources.

This is a very important message at this time as the negotiations over the issue are taking place.

By doing this, Hezbollah is cementing the Lebanese points of strength and showing friends and enemies that Lebanon is not weak or pressured to accept any dictation from outside countries especially the US.

Additionally, this message would definitely help insure the security and protection of the strategic Lebanese natural resources not only for now but also for the coming generations.

In all, the speech has been successfully able to bring more immune stability into the Lebanese fragile political and economic system at a time when it needed it the most! This opens a window of hope and optimism amid all the catastrophic factors surrounding the country and its people from all sides and on all levels!