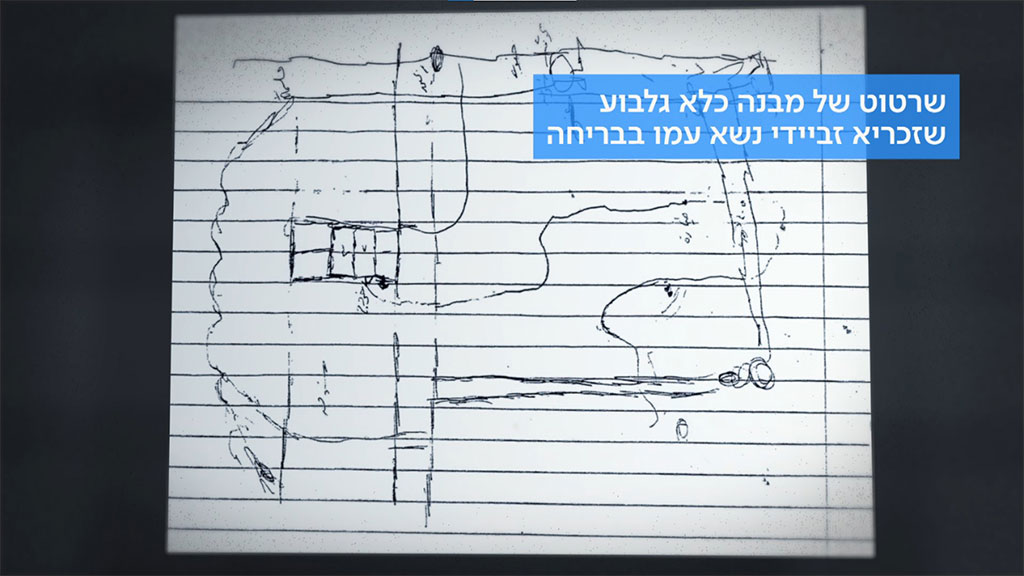 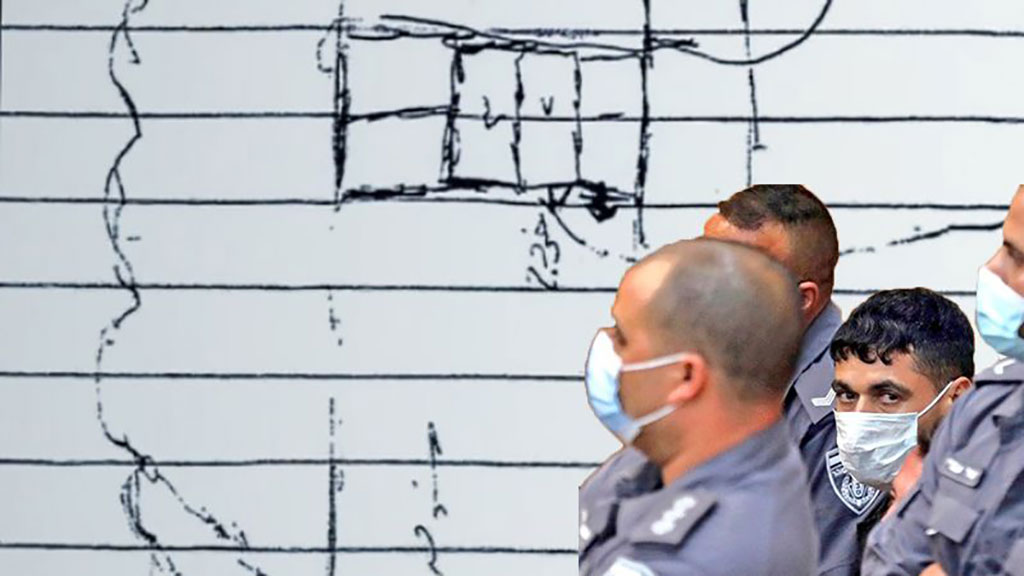 ‘Israeli’ Public Broadcasting Corporation “Kan 11” channel published the version of the “Shabak” [The ‘Israel’ Security Agency] of the investigation reports with the engineer of Operation “Tunnel of Freedom” detainee Mahmoud A-Arda [46 years] who was arrested with the detainee Yaaqoub Kaderi [49 years] four days after carrying out the successful escape operation from the high-security prison of Gilboa.

Al-Arda said during the investigation that he was keen not to use any spoons to dig the tunnel, because he was afraid that the Zionist occupation’s prisons administration would forbid the Palestinian detainees from using spoons as a collective punishment after the successful escape.

Selections of the investigation reports published by “Kan 11” quoted detainee Al-Arda as saying that the tunnel digging operation started on December 14, 2020, describing the first day of digging in cell number five, section 2 in Gilboa prison as “the day he was reborn.”

He pointed out that he started digging the tunnel while the reppression forces of the occupation prisons interest were carrying out the “Radical Treatment Operation,” as the repression forces call the strictest inspection operations in the cells and sections of the Palestinian detainees.

Al-Arda pointed to that he was transferred to cell number five, which was closer to the prison’s external wall in comparison with the previous cell, where he started digging.

The following is the conversation between Al-Arda and the investigator that shows how persistent and determined the detainee was, a determination that certainly led to the success of the heroic operation:

Investigator: How did you move the iron layer in the cell’s bathroom?

Al-Arda: I did that alone. I told my friends in the cell that I was preparing a hideout for the cell phones, and I used to get the friends out of the cell during digging. I left only one of them as a guard.”

Investigator: What tools did you use to dig?

Al-Arda: Some time ago, closets in the cells were replaced by iron closets. During this replacement, a triangular piece of iron fell off a closet’s angle, and the wardens didn’t notice that.”

“I also had a knife-like iron screw that I had found in the courtyard. I used a big stone as a hammer and a screw as a chisel. The primary stage took 60 days. I used to know what was under the cells because I had previously tried to dig a tunnel to escape from Shatta prison.”

Investigator: Are you experienced in digging tunnels?

Al-Arda: I already dug in Shatta prison in 2014, and for that I was arrested. There, I had dug a tunnel in the cell’s bathroom floor. I knew fifteen years ago that the floor is weak in the bathrooms of all the cells and that it’s possible to dig a tunnel but I refused to do so.”

Investigator: Weren’t you afraid they would find out about the tunnel?

Al-Arda: No. What could they do? Punish me by prolonging my sentence for some more years? I’m already serving a life sentence. I’ve got nothing to lose.”

How long was the tunnel?

I don’t know exactly. We crawled on our bellies. Maybe 25 meters. We dug under the rooms’ cells until we were able to get out.”

When were you done digging?

The day just before the escape day.

How did you know that you reached the end of the tunnel?

When I saw the sun, I knew it was the end.

Al-Arda mentioned that he was willing to leave a letter in the prison before carrying out the escape operation, but he had no time. The letter would have included a warning that the prisoners who escaped would carry out an operation if the enemy punished the detainees in prisons after the tunnel operation.

Investigator: Didn’t you fear the presence of a warden in the tower?

Al-Arda: We used to see a warden sometimes, but at other times nobody was there. We already had a plan and we didn’t care about that.”