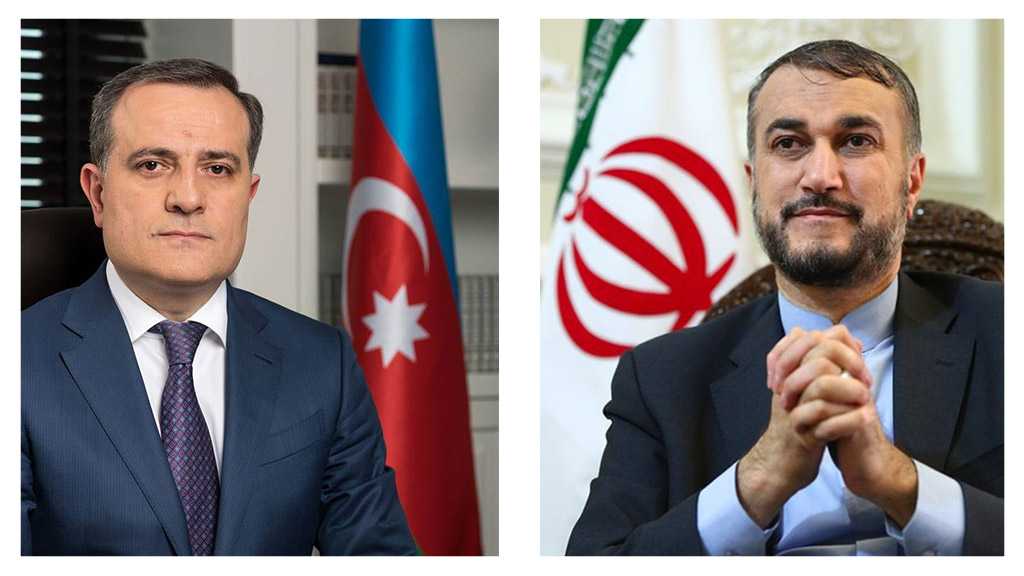 Iranian Foreign Minister Hossein Amir-Abdollahian warned of hostile attempts by the common enemies to upset relations between Iran and the Republic of Azerbaijan, saying Tehran and Baku should address the concerns through dialogue and mutual cooperation.

In a telephone conversation on Tuesday, Amir-Abdollahian and his Azeri counterpart Jeyhun Bayramov discussed the latest developments in the bilateral relations.

Emphasizing the need for mutual respect for the independence, sovereignty and territorial integrity of countries, Amir-Abdollahian said Tehran and Baku have long-standing relationship.

He stressed that the two countries must prevent misunderstandings in their relations and it is worthwhile to continue their ties in the right and growing direction quickly.

Amir-Abdollahian also said Tehran expects that the problem of transit traffic of Iranian trucks in the Azerbaijan Republic will be solved.

For his part, the Azeri foreign minister called relations with Iran friendly and added that ties with the friendly countries are a priority for the Republic of Azerbaijan.

He emphasized the need to resolve the differences through dialogue and in a calm and sincere atmosphere, according to the Iranian Foreign Ministry’s website.

Bayramov suggested that the two countries' customs officials hold talks to solve the problem of the transit of Iranian goods.

He also stressed the need for the pursuit of the release of two Iranian truck drivers detained in Azerbaijan.