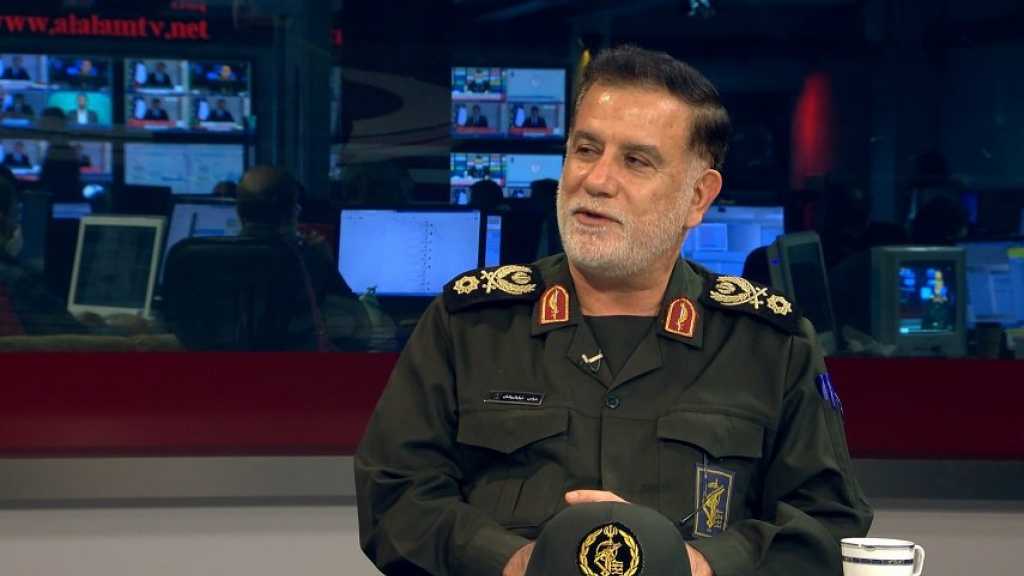 He further stressed that the Islamic Republic’s timely responses and actions against the “Israeli” elements in the region have deterred many terrorist plans targeting Iran.

“The Zionist regime’s pillars have been rattled and it is heading toward dissolution,” he underscored noting that “the ‘Israeli’ officials have realized the regime’s looming downfall and are making every effort to delay such a demise.”

Highlighting the economic, social and cultural challenges that have engulfed the apartheid regime, the Iranian general said it would be a joke to envisage “hard threats” from “Israel”.

In parallel, he mentioned that “Even the “semi-hard threats” from the Zionist regime have gotten nowhere, adding, “They [‘the “Israelis’] have halted many of their terrorist measures against Iran because of the timely responses given by the Islamic Republic which has hit their main ringleaders in the region.”

The general also pointed to the Islamic Republic’s military advances in recent years, saying the IRG is employing its homegrown submarines.

“The IRG Navy has been working on an area of technology with which the enemy would run into trouble in any confrontation, “he added.

Asked about the situation in Afghanistan after its takeover by the Taliban, General Nilforooshan said it is still early to comment on how to deal with the Taliban, who have changed a lot since 2000.

“Ensuring border security, countering [drug] trafficking, and above all the situation of the oppressed people of Afghanistan are among our concerns, but when it comes to dealing with the Taliban, we should wait and see how much the policies announced by that group match their policies in practice,” he stated.