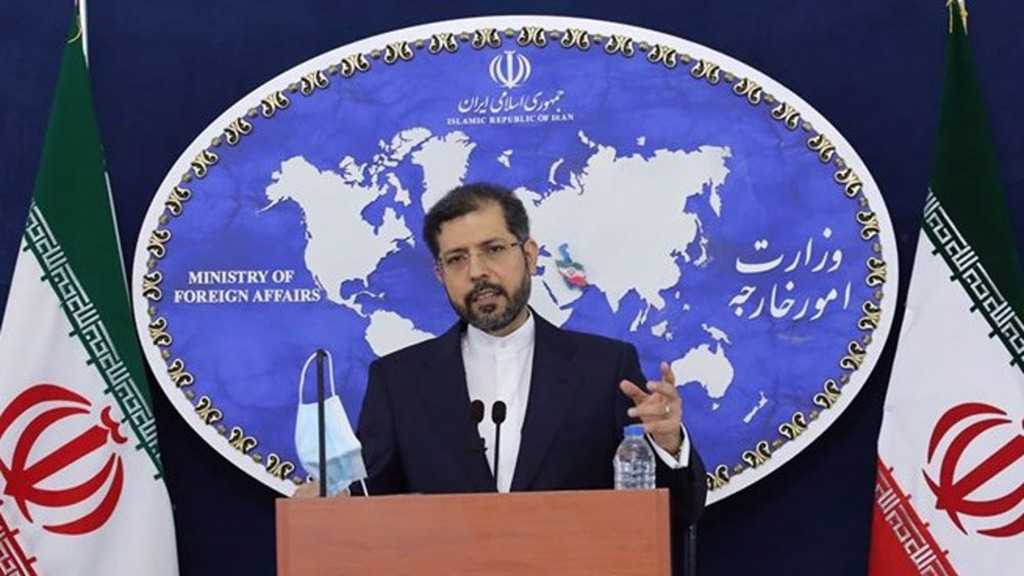 Tehran says it welcomes the successful and timely holding of parliamentary elections in Iraq as an indication that the country is on the correct path of democracy.

“What happened in Iraq yesterday is the continuation of the process of democracy in that country,” Iranian Foreign Ministry spokesman Saeed Khatibzadeh said during a press conference on Monday.

“We welcome the successful holding of elections in Iraq. They were held at the right time, and we think the country is on the right path of democracy,” he said.

The Iraqi people voted in their country’s parliamentary elections on Sunday to decide the 329 members of the Council of Representatives who will, in turn, elect the president and confirm the prime minister. Initial results were expected Monday.

The vote was originally scheduled to take place next year but was brought forward under a new law designed to help independent candidates, as a response to widespread anti-government protests in 2019.

The electoral commission said the initial turnout was 41%, a little lower than the total turnout in the last election in 2018, which was 44.5%.

At least 167 parties and more than 3,200 candidates are competing for the Iraqi parliament’s 329 seats.

Regarding certain terrorist groups that use Iraqi soil as a launching pad to attack Iran, Khatibzadeh said Iran has repeatedly warned the Iraqi government and the Kurdistan Regional Government [KRG] that hosting anti-Iran bases clashes with the principle of good neighborliness.

He explained that there are bases deep in Iraq, in the semi-autonomous Kurdistan region, that are used for training armed anti-Iran forces, where they attack Iranian border guards and transfer weapons and military equipment into Iran.

“Those bases must be shut down,” he declared. “Both the [Kurdistan] region and the central government of Iraq know that, and this is our red line. Those bases cannot continue to operate.”

He also asserted that the Islamic Republic acts based on its interests wherever necessary.

The Kurdistan region has long been used by anti-Iran terror groups such as the Kurdistan Workers’ Party [PKK] and its offshoot, PJAK, which are active in Iraq and Turkey, to launch occasional attacks against Iranian border guards and border areas in northwestern parts of the country.

On September 9, Iran’s IRGC Ground Forces used combat drones as well as smart and precision-guided artillery to target terrorists in the rugged mountains of the Kurdistan region, days after warning the KRG against allowing terrorist groups to use its territory to pose threats against Iran.

Last week, Khatibzadeh warned that Iran’s “strategic patience” with the Kurdistan-based terrorists was over and that it would not allow the hosting of anti-Iranian terrorists to continue any longer.

Khatibzadeh also addressed the latest escalation of tensions with neighboring Azerbaijan, and urged all regional countries to pay attention to the fact that the region needs calm.

“Our region is a very sensitive region and some developments in this region have made the atmosphere more sensitive,” he said.

On Iran’s drills in the northwestern region of the country, the spokesman said Iran had officially informed neighboring countries, including Azerbaijan, beforehand.

“We had told them that it was a normal and routine exercise,” he stated. “These are the norms of neighborliness, and if one does not observe them, it shows that it is a little far from the atmosphere of maturity in international relations.”

At the same time, he said, Tehran has always had a brotherly attitude towards Baku.

Referring to the “Israeli” regime’s presence in Azerbaijan, he said that the Islamic Republic does not joke with anyone when it comes to its national security. “All our neighbors know this well,” he asserted.

“The Zionist regime has brought insecurity and instability to anyone it has gone. The Zionist regime definitely wants to see this region insecure. Tehran and Baku must be careful that third parties would not interfere in these good relations,” Khatibzadeh said.