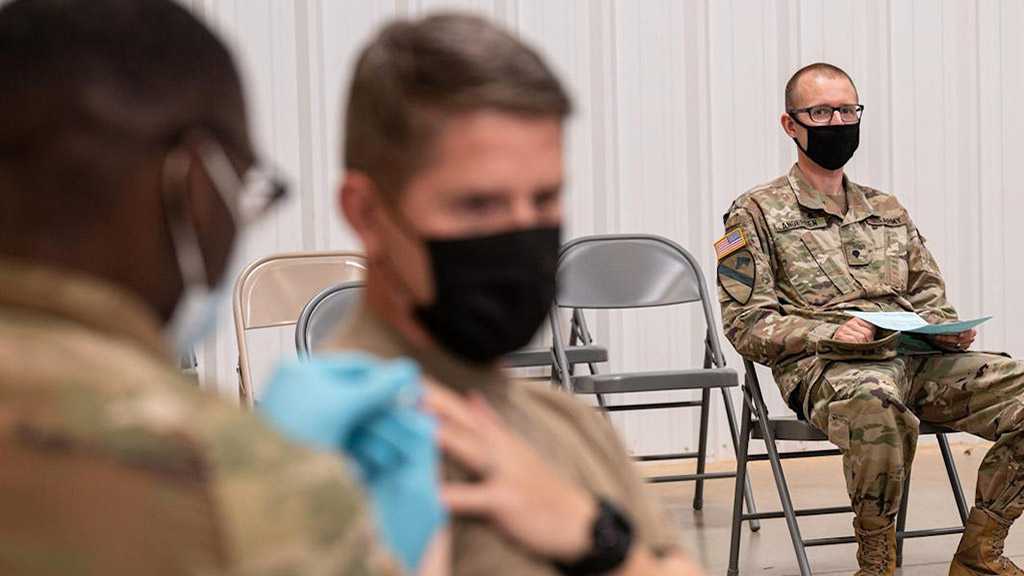 Hundreds of thousands of US troops remain unvaccinated or only partially vaccinated against the coronavirus as the first deadline for inoculations approaches, according to the Washington Post.

In August, the Pentagon announced it would require all service members to get inoculated, but allowed the service branches to set individual vaccination deadlines.

While active-duty Army soldiers have until Dec. 15, Reserve and National Guard units have until June 30, 2022. For active-duty sailors and Marines the deadline is Nov. 28 and for reservists it is Dec. 28.

Meanwhile, active-duty Air Force and Space Force guardians have until Nov. 2, whereas Air Force reservists and Guard troops have until Dec. 2. In the Air Force alone, 60,000 personnel have not been fully vaccinated yet.

According to the Post, COVID-19 deaths among US military members spiked in the past few months as some services struggle to inoculate their troops.

The Pentagon says an increase in military infections, hospitalizations and deaths mirrored the disastrous summer spike across the US as the virus's delta variant became the dominant strain and affected younger, unvaccinated people particularly hard.

Since the start of the pandemic, nearly a quarter-million service members have been infected with the virus, according to Pentagon data, including over 2,000 who were hospitalized.

In July, President Joe Biden announced a vaccine requirement for federal government workers and the US Office of Personnel Management said last week the federal vaccine mandate could be enforced starting Nov. 9.

Meanwhile, the Army defended its June deadline for vaccinations for Reserve and Guard members, telling the Post the date was symptomatic of the Army's size relative to the other branches.

However, Rep. Ruben Gallego [D-Ariz.], a member of the House Armed Services Committee, described the Army setting this deadline nearly a year away as "jarring."

“I think the Army needs to take this seriously and their effort to explain away the problem” is irresponsible, Gallago told the Post. “You’re allowing a lot of room for people not to be deployable.”