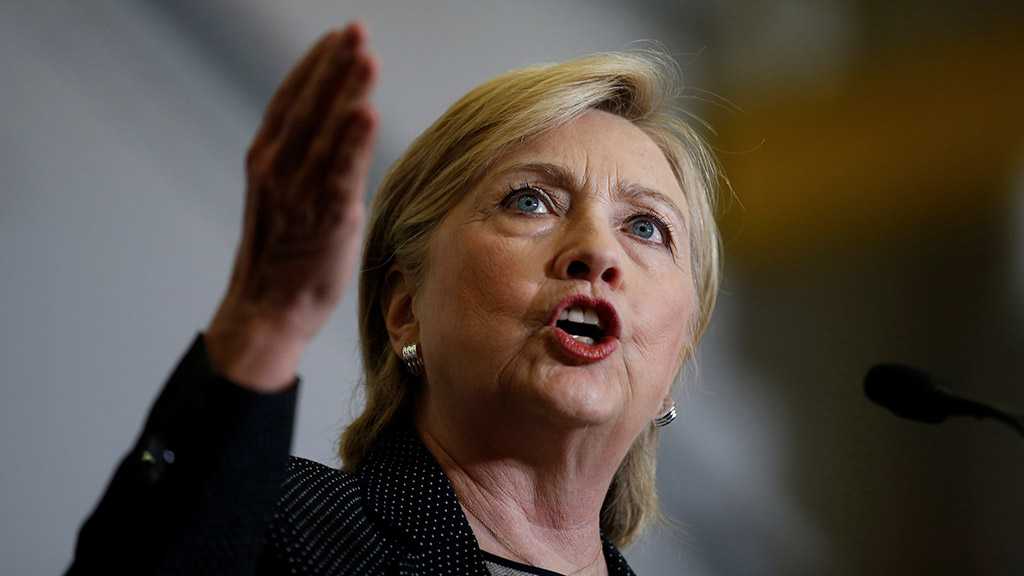 The real problem with the US is the conspiracy-mongering by Republicans, whose hopes of winning elections endanger democracy itself… at least that’s according to former first lady and failed presidential candidate Hillary Clinton.

Clinton has struggled to remain in the political limelight after her 2016 wipeout to Donald Trump in the presidential election the corporate media overwhelmingly favored her to win. Even as a special counsel indicted a partner in the law firm representing her campaign for one of the ‘Russiagate’ conspiracy theories, she offered her take on the current political situation in the US on the pages of the Atlantic.

In Clinton’s telling, everything has vindicated her 1990s claim about a “vast right-wing conspiracy” working against her husband’s presidency, which has only been made worse since by social media and Republicans “exploiting fear and suspicion in a quest to permanently seize political power.”

The US finds itself in “an existential crisis in lots of ways because there’s no doubt in my mind that the plan on the other side is to win the presidency again, whether or not they win the popular vote and the Electoral College. And the same will be true to take back the Senate, to take back the House. And anybody who thinks that’s not the most important issue facing our democracy is really not paying attention,” Clinton told the Atlantic’s Jennifer Senior during last week’s festival sponsored by the publication.

“We are in the middle of a constitutional crisis. It’s like the frog dropped into the water. It’s boiling,” Clinton said.

There is a direct line from what she “saw and tried to describe” in the 1990s to Trump and his “enablers and others” creating “this absolute cauldron of conspiracy and hatred and anger and looking for explanations and scapegoats,” resulting in the January 6 riot at the US Capitol, Clinton argued.

The vast majority of US media outlets have sided with the Democrats in describing the riot as an “insurrection” against “our democracy” and denounced lawmakers in Republican states seeking to pass voter integrity laws as racist efforts at “voter suppression.”

Democrats currently control the White House and both chambers of Congress, albeit with razor-thin margins. According to Clinton, however, “commercial financial interests, ideological and partisan interests, even religious interests” have been working with the Republicans since the 1990s to “try to inject doubt and to cause a loss of confidence in our system, to try to tilt both the financial and the political balance toward the right.”

She urged the Democrats to get rid of the Senate filibuster, because Republicans were “a political party that does not respect the rule of law, does not even respect the process unless it works for them.”

The public and the press don’t “fully appreciate the determination, the relentless pursuit of power, the design of minority rule that we are currently watching happen,” Clinton argued. As proof, she pointed out she won the popular vote for president but lost the Electoral College because “we saw all this stuff online about the Trump campaign and WikiLeaks and the Russians and all of that.”

She did not mention that the “stuff online” has been traced back to her campaign, though.

While Clinton’s interview did not make that many waves, it was embraced by the extremely online Democrat ‘Resistance,’ who sang praises to her warnings about a “slow-motion coup” supposedly underway.

“The idea that Hillary Clinton of all people stands against some dark political force in this country is obscene,” tweeted Jeff Deist, president of the libertarian Mises Institute. “She personifies it.”