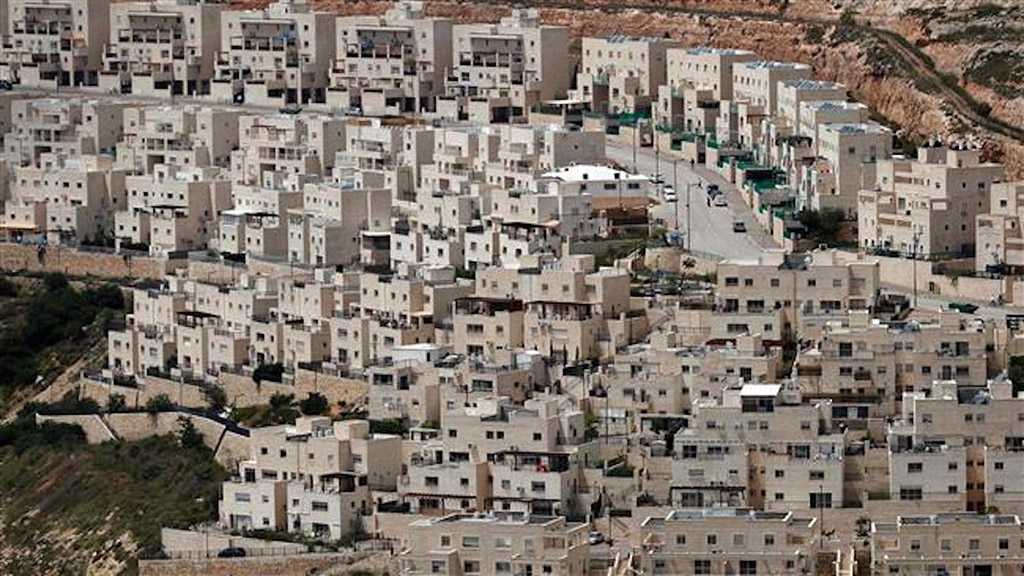 Nearly 700 European institutions have financial ties with the companies that are involved in expanding “Israeli” settlements in the occupied West Bank, a new civil society report says.

The revelation was made in a report published by a cross-regional coalition of Palestinian and European NGOs on Wednesday.

The “Don’t Buy into Occupation” [DBIO] coalition found that between January 2018 and May 2021, 672 European financial institutions, including banks, asset managers, insurance companies, and pension funds, had financial relationships with 50 businesses that were involved with the settlements, including Airbnb, TripAdvisor and General Mills.

France's BNP Paribas, Germany's Deutsche Bank and the UK's HSBC were among the institutions that have provided $114 billion in the form of loans and underwritings, and held investments to the amount of $141 billion in shares and bonds of such businesses.

The report called on the companies “to end all investments and financial flows” into the settlements, stressing that they are illegal under international law.

“The involvement of these corporations with the settlements - through investments, banking loans, resource extraction, infrastructure contracts and equipment and product supply agreements - provides them with the indispensable economic oxygen they require to grow and thrive,” Michael Lynk, the UN special rapporteur on human rights in Palestine, said in the foreword to the report.

More than 600,000 “Israelis” live in over 230 settlements built since the 1967 “Israeli” occupation of the Palestinian territories of the occupied West Bank and East al-Quds [Jerusalem].

The UN Security Council has condemned the “Israeli” entity’s settlement activities in the occupied territories in several resolutions.

In July, Kommunal Landspensjonskasse [KLP], Norway’s largest pensions company, divested from 16 such companies, while earlier this month the Norwegian Government Pension Fund Global [GPFG] said it would exclude three such companies from its investments.

“Despite the illegal nature of ‘Israeli’ settlements under international law, European financial institutions continue to throw a financial lifeline to companies operating in the settlements,” said Willem States, coordinator of the DBIO coalition.

"European financial institutions should take up their responsibility and follow the example of KLP and GPFG. They should end all investments and financial flows into ‘Israeli’ settlements, and not buy into the ‘Israeli’ occupation," he added.

The “Don’t Buy into Occupation” coalition is a joint project between 25 Palestinian, regional and European organizations based in Belgium, France, Ireland, the Netherlands, Norway, Spain and the United Kingdom.

The United Nations released a list of 112 companies with activities in “Israeli” settlements last year.

The list was produced by the UN human rights office in response to a Human Rights Council resolution demanding a "database" of firms that profited from business in occupied Palestinian territory.

The UN move, fiercely condemned by the "Israeli" entity and praised by Palestinians, was seen as a victory for the Boycott, Divestment and Sanctions [BDS] movement, which seeks to incriminate the illegal entity over its decades-long aggression against Palestinians.