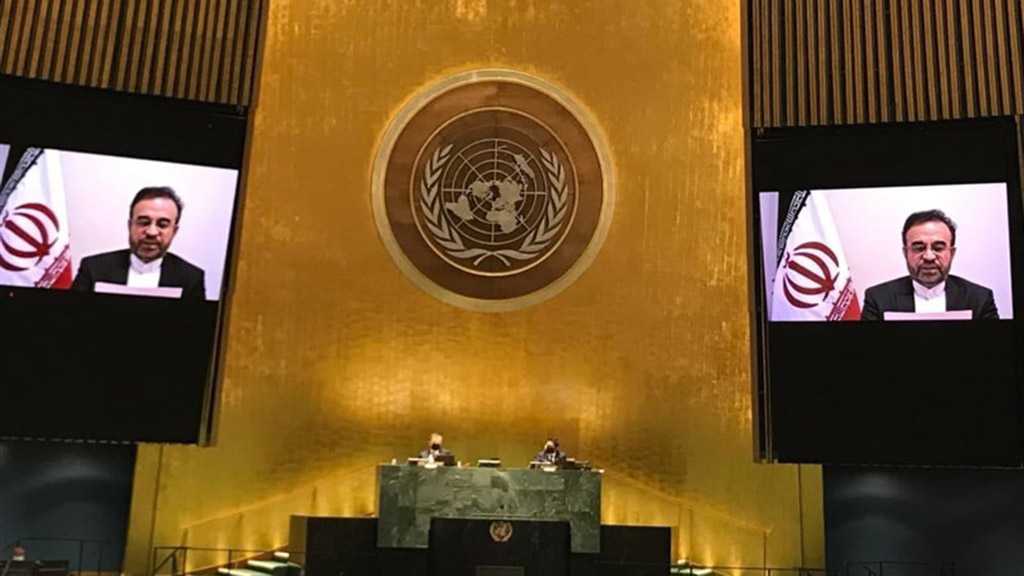 A senior official has expressed Iran’s objection to any stockpiling and use of atomic weapons, calling for nuclear disarmament across the world.

Deputy Foreign Minister Reza Najafi made the remarks on Tuesday during the UN General Assembly’s high-level meeting held to commemorate and promote the International Day for the Total Elimination of Nuclear Weapons.

He said the Islamic Republic strongly rejects the retention, stockpiling, development, use and proliferation of nuclear arms, adding that eliminating such weapons is a legal, political and moral responsibility for the international community.

Paying tribute to the victims of nuclear weapons, the Iranian official said the only way to ensure that nuclear arms are not used is to destroy them completely.

Najafi also rejected the modernization and strengthening of nuclear arsenals by the United States and other nuclear-weapon states in violation of the Nuclear Non-Proliferation Treaty [NPT], saying the countries continue to object to any nuclear disarmament negotiations despite their legal obligations under Article VI.

He further called on the international community to adopt concrete decisions during the 10th NPT Review Conference, voicing support for the Non-Alignment Movement [NAM]’s efforts to pursue a comprehensive nuclear weapons convention.

The "Israeli" entity, Najafi said, continues to threaten peace and security in the Middle East and beyond through its clandestine nuclear program, thus the international community should invite the regime to join the NPT without precondition by placing its nuclear facilities under the auspices of the International Atomic Energy Agency [IAEA].

He also called for pressing Tehran over the alleged escalation of its nuclear activities, including in research and development.

Najafi dismissed the claims about Iran’s peaceful nuclear program and underlined the need for transparency in the kingdom’s nuclear activities under the auspices of the IAEA.

Saudi Arabia’s nuclear ambitions have prompted worries in the global community over the past few years, especially after Saudi Crown Prince Mohammed bin Salman hinted in 2018 that the kingdom might go for nuclear bombs.

Iran has showed the peaceful nature of its nuclear program to the world by allowing the most transparent cooperation ever with the IAEA. It signed the JCPOA with six world states – namely the US, Germany, France, Britain, Russia and China – in 2015. The accord was also ratified in the form of a UN Security Council Resolution 2231.

The US under former president Donald Trump, however, unilaterally pulled out of the deal in May 2018 and re-instated unilateral sanctions against Tehran despite objections from the other signatories and the entire world community.

Following a year of strategic patience, Iran resorted to its legal rights stipulated in Article 26 of the JCPOA, which grants a party the right to suspend its contractual commitments in case of non-compliance by other signatories, and let go of some of the restrictions imposed on its nuclear energy program.

Now, the new US administration says it wants to compensate for Trump’s mistake and rejoin the deal, but it is showing an overriding propensity for maintaining the sanctions as a tool of pressure.

Tehran insists that all sanctions should first be removed in a verifiable manner before the Islamic Republic reverses its remedial measures.