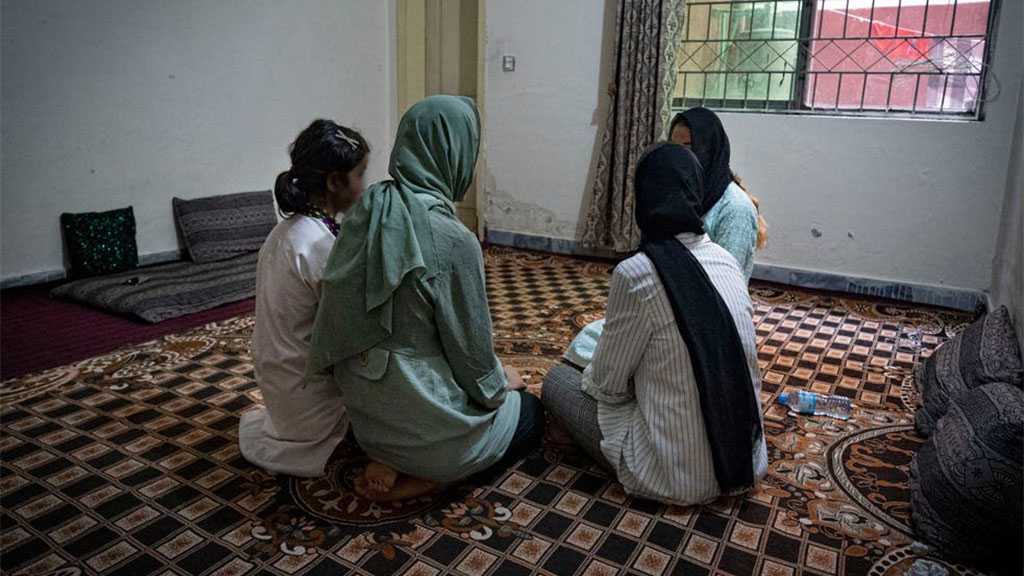 Clutching his newborn son, the Afghan police officer paid smugglers more than £500 – almost two months’ salary – to sneak his family past the Taliban and the Pakistan border guards in the middle of the night.

Wahed, 29, a father-of-four, forked out an additional £50 to separately sneak his police IDs over the Pakistani border too: paperwork that if found could get him killed, but he knew would be the only hope of securing asylum.

A week before in early August, as the Taliban made lightning advances across Afghanistan, Wahed’s commanding officer had told his unit to abandon their positions and run for their lives.

Wahed, a two-time refugee, was doubly at risk of death because he is Hazara, a persecuted Persian-speaking Shia ethnic group. There is also a Taliban arrest warrant out against his wife because of her women’s rights work. Neighbors told him rifle-wielding foot soldiers had turned up at their home in Kabul just days after they escaped.

“The Taliban are lying about the general amnesty. It is a total lie. If that was the case, then why did they come to my home looking for me and my wife?” he asks, sitting on the floor of an unfurnished building near the Pakistani capital that has become an unofficial secret refugee camp for fleeing Hazara families.

“This is the second time I’ve been a refugee. My father smuggled me out to Pakistan in 1996 when the Taliban first took over, and I was just four years old.

“Twenty-five years later, and now my children are refugees too.”

This apartment block in a neighborhood outside of Islamabad is now the temporary home of 80 members of the Hazara community. Whole families sleep on the floor of single empty rooms.

Everyone here only met after they made it to Pakistan and so are among the “lucky” few who managed to flee when the Pakistani border was laxer in the immediate chaotic aftermath of the Taliban takeover and the withdrawal of US-led NATO troops.

Thousands more Afghans have also poured into Iran, where border security has tightened considerably over the last month. Afghan and Iranian smugglers openly peddle their services in Facebook pages sent to The Independent. Many who make it into Iran have taken the treacherous route to Turkey, hoping to be welcome there.

The Hazara families near Islamabad lack money, proper legal papers and a clear future: a painful reminder of the nightmarish consequences of the drastic collapse of Afghanistan.

They all hold scraps of paper from a local partner of the United Nations saying they have logged their asylum claims with the Pakistani authorities. This does not give them refugee status but does at least prevent them from being arrested for now.

But their future is unclear.

Qaiser Afridi, a spokesperson for UNHCR in Pakistan, says the families with this paperwork can live in Pakistan as asylum seekers.

However, The Independent repeatedly pressed local and national authorities in Pakistan for clarity on what that means in practice and got no clear reply.

Afridi says, meanwhile, there was no dedicated Afghan refugee resettlement program, adding to the confusion.

While some western countries – including the UK – have issued special visas for at-risk Afghans who worked for the British forces, or embassies or organizations, this is not a refugee resettlement program per se.

And there are still thousands trapped within Afghanistan who want to leave but can’t.

“This is why the UN is advocating neighboring countries to keep their borders open for those seeking safety,” Afridi says.

“There must be burden and responsibility sharing.”

And so while much attention was given to the scenes at Kabul airport, to foreigners or dual nationals needing to get out, to those who worked directly with western countries that intervened in Afghanistan, little focus has been on those at-risk groups who have been left behind and have no such claims.

Among the most vulnerable are the Hazaras, Afghanistan’s third-largest ethnic group, who have been repeatedly attacked by the Taliban since 1996 when the militant group first took control of the conflict-riddled country. In 1998, Human Rights Watch said the Taliban likely murdered as many as 2,000 people in the northern city of Mazar-e Sharif when its fighters “systematically” hunted down Hazara men.

Amnesty International has now said it has found evidence that Afghan Hazaras are being targeted again: nine Hazara men in Ghazni province were killed by Taliban fighters in July, according to a recent report.

Isis-K [Daesh], the Isis offshoot in Afghanistan, has also repeatedly targeted the community and is believed to be responsible for the horrific bombing of a Hazara girls’ school that killed more than 80 school children in May.

So all the Hazara families that The Independent interviewed at the border, in unofficial refugee camps in Pakistan and via encrypted messaging apps in Afghanistan said they fear death if they cannot seek asylum abroad.

But Pakistani officials, from provincial governors to the country’s foreign minister, have made it clear in interviews with The Independent that Pakistan is already home to nearly 4 million Afghan refugees from previous conflicts and will not accept any more.

Rumors of Pakistan hosting United Nations-supported refugee camps or asylum-claim processing facilities were firmly denied in every interview The Independent conducted. Foreign minister Shah Mehmood Qureshi repeatedly said that any camps had to be built on the Afghan side: borders have been fortified, security tightened.

Liaquat Shahwani, a spokesperson for the provincial government in Balochistan – where the Chaman border is located – told The Independent a “few dozen families” who crossed illegally had even been sent back.

Local reporters from the area told The Independent as many as 700 people have been forced to return to Afghanistan, and their fate is unknown.

All the officials defended their actions claiming that today’s Taliban is different to the Taliban of the 1990s as it has offered amnesty to all groups in Afghanistan, so there was nothing to fear.

At Torkham border crossing, 560km north of Chaman, the Taliban border security told The Independent that everyone who stayed in Afghanistan was “safe” and no one would be prevented from crossing.

“We have brought peace to Afghanistan, all are welcome,” says Farid ulHaq, the deputy chief of the border patrol, while nursing a rifle.

“We’re not trying to stop anyone. Whoever wants to leave Afghanistan can. But the Pakistani officials are being strict here; it’s not us,” he claims.

But that is not what the Hazara families say.

Many of the families in the informal refugee safehouses in Islamabad say they have been separated from other family members who were abducted or were in hiding, too fearful to make the long journey to the crossings and brave the barbed-wire snarled border. Most are presumed dead.

“We don’t know where our mother or father is,” says Sima, a 16-year-old schoolgirl, as she recounts the story of how she and her sisters escaped via Chaman crossing. She crumples into tears. Usually the boldest of the group, her sudden breakdown alarms her youngest sisters, who are ushered out of the room by the eldest sibling before they start crying too.

The four girls aged between 13 and 23 years old managed to sneak by the Taliban and Pakistani border guards by donning burqas, or full-face veils, to hide their appearance, which would instantly identify them as Hazara.

Sima, a Dari speaker, says she also repeated: “Kaka Janu”, meaning “Uncle John”, a polite way of addressing older men in Pashto, the language most commonly spoken by members of the Taliban.

“My father disappeared the night the Taliban took over our village in August, so our mother sent us away,” she continues after a break. Her mother’s legs are covered in burns from a previous attack on the family by pro-Taliban groups, who the girls say repeatedly harassed the family because of their religious beliefs and because their father used to work for western rights groups.

After crossing, the four girls then travelled a further 650km to get to Islamabad after a Hazara businessman who lived in Pakistan took pity on them, paying their way to the capital city.

“We last spoke to our mother as we crossed into Pakistan, but now her mobile is off. We don’t know if both parents are dead. We are alone. What should we do?”

And this is the question that echoes across the building.

One floor up, Habiba, 23, says she has not been able to get through to her father since they were separated at the border a month ago when she was also trying to cross at Chaman.

The Hazara young woman fled Kabul with her family when, three days after the Taliban seized control, fighters turned up at her shop, a women’s tailor and fashion store in Kabul, and shot in the air, ordering her to close. [Her uncle was killed by the Taliban several years before].

In the huge crowds, she and her 14-year-old brother were separated from the rest of their family. Eventually, they were approached by a smuggler who saw they were Hazara and offered to get them across the border for a fee.

“I was so scared the Taliban might arrest and rape me and kill my brother. We couldn’t find the family, so we agreed to cross,” she says, also crying.

Since then, they managed to get through to neighbors who checked on the family home in Kabul only to find it empty.

“I can’t sleep at night thinking about my father and the rest of the family. Did they make it out alive?”

Wahed says the international community cannot turn a blind eye to those at risk of death and must make resettlement programs dedicated to the most vulnerable, like the Hazara.

“Please help us, we didn’t want to leave Afghanistan. I had a good job, we were happy, but if we go back, we will be slaughtered,” he says, holding his new baby.

“I have been a refugee twice, and now my children are. I don’t want my sons’ sons to be a refugee like me.”