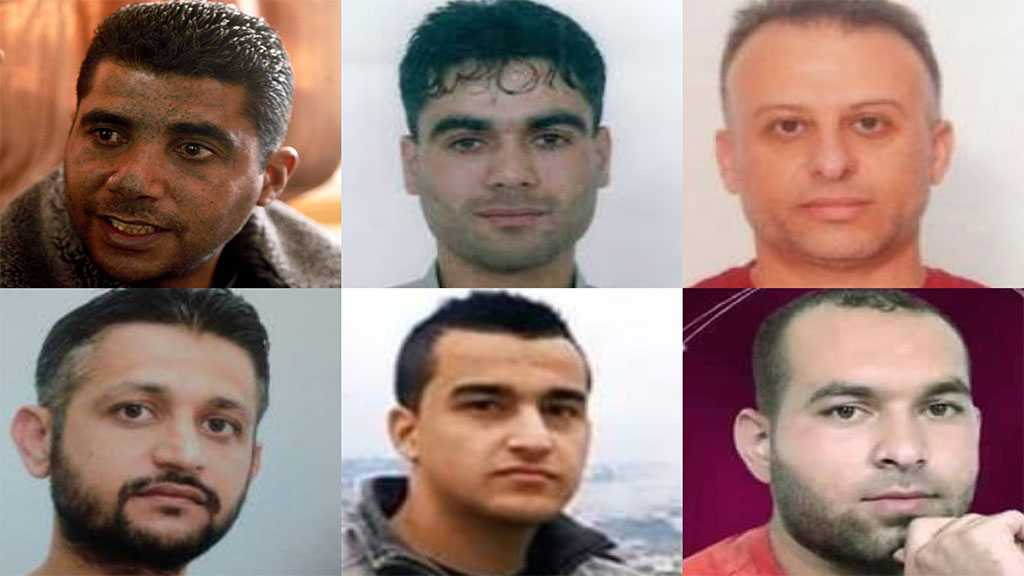 Nearly 200 human rights organizations have held the Zionist entity fully responsible for the lives and safety of six prisoners who tunneled their way out of a maximum security Zionist detention center earlier this month and were arrested later.

A total of 199 organizations, in a joint statement released on Monday, called for the formation of an independent international investigation committee to immediately look into the conditions of their detention.

“According to the testimony of lawyers, ‘Israeli’ occupation forces assaulted them harshly from the moment of arrest, causing multiple bodily injuries. The injuries necessitated hospitalization of some of them as they had been subjected to unjustified violence and torture,” the statement read.

“They are deprived of sleep, and have been interrogated after complete sleep deprivation, according to available information. Interrogators have made death threats against some of them, and their relatives have also been arbitrarily arrested for the purposes of revenge."

The human rights organizations stressed that the mistreatment of the prisoners amounts to a violation of international and humanitarian principles.

They demanded the “urgent formation of an independent, impartial and honest international investigation committee to examine circumstances surrounding the arrest of the six Palestinian prison escapees, and to hold the perpetrators of violations to account.”

The organizations called upon Arab nations and expatriates to advocate for Palestinian prisoners and detainees in Zionist occupation jails, and to raise their cause through social media platforms.

They urged the Arab League and its bodies to support Palestinian prisoners, and to activate effective mechanisms at the international level.

The rights organizations stressed that UN special rapporteurs, especially Special Rapporteur on the situation of human rights in the occupied Palestinian territory Michael Lynk, should actively shed light on the Zionist entity’s systematic torture of Palestinian prisoners and detainees, and take the matter to the United Nations.

On Sunday, the Zionist occupation forces arrested the two remaining prisoners, who had escaped from Gilboa Prison more than two weeks ago.

A former commander of the al-Aqsa Martyrs' Brigade in Jenin and five Islamic Jihad members had tunneled their way out through their cell’s drainage system and escaped from the prison on September 6.

There are reportedly more than 7,000 Palestinians held at Zionist jails. Hundreds of the inmates have been apparently incarcerated under the practice of administrative detention.