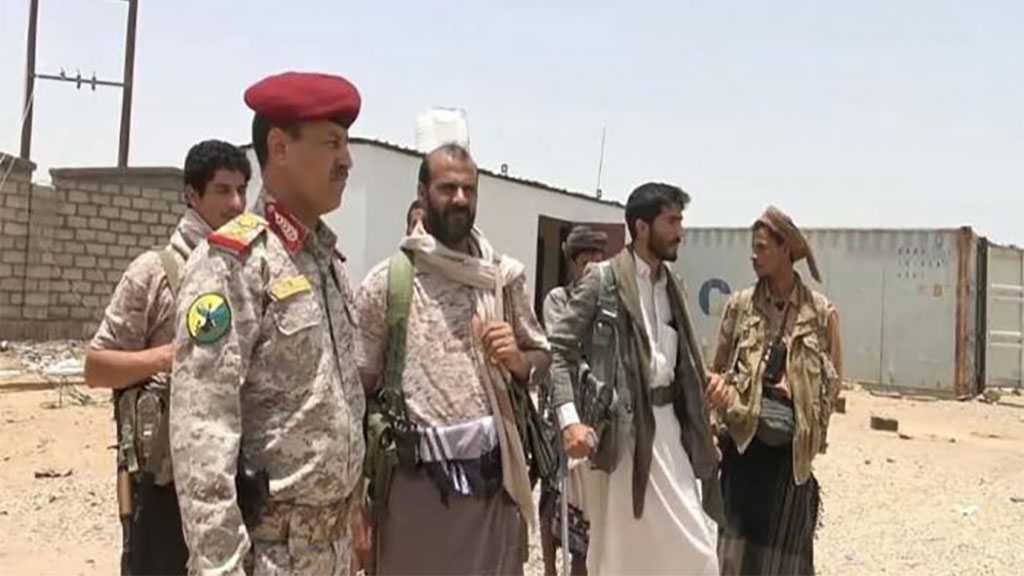 Yemeni Minister of Defense, Major General Mohammad al-Atifi, stressed that the victories achieved by the Army and the Popular Committees throughout all the operations, especially in Marib, embodied the will of the Yemeni people.

Al-Atifi confirmed that the Yemeni people made and are still making sacrifices until the liberation of all regions of their country from the colonial invaders.

During his inspection visit to Frontlines in Marib Governorate, the defense minister congratulated the great victories against the forces of the US-Saudi aggression and mercenaries.

"It is impossible for the Yemenis, according to their ancient history of struggle, to accept the invaders and occupiers, no matter how much the occupiers have military and material capabilities," he said, stressing that no invader or occupier will remain on the Yemeni soil.

Al-Atifi added that “The invaders are in a weak position, and the Yemenis, who have the right to defend their homeland, are on the strong side.”

Major General Al-Atifi pointed out that the achieved victories were the fruits of careful preparation during the stages of grounding for the offensive battle, which led to the enemy’s panic and humiliation.

He addressed the fighters, saying: "We are proud of your humanitarian stances, your courage and your high fighting skills."

Al-Atifi then explained that the countries of the US-Saudi aggression experience bad conditions in various aspects, military, economic, political, and media, and today they are paying heavy prices as a result of their tyranny, arrogance, and aggression against Yemen.