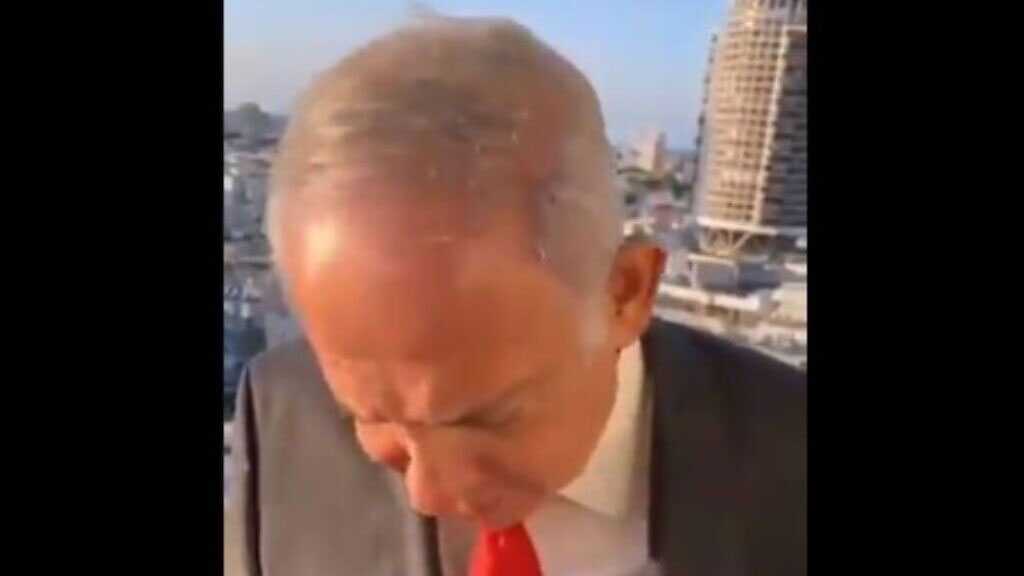 Former Zionist Prime Minister Benjamin Netanyahu mocked Joe Biden on Sunday as he repeated a previously debunked claim that the US president had dozed off during a meeting with new Zionist leader Naftali Bennett last month.

In the 26-minute video posted on Sunday on Netanyahu’s Facebook page, an off-camera voice said: “You know, Bennett met with Biden.”

In response, Netanyahu said: “I heard. I heard that Biden was very attentive at this meeting. He dropped his head in agreement.” He then let his head fall down to mimic a person dozing off.

The claim was earlier debunked by Reuters after an edited clip started doing the rounds on social media. According to the news agency, the video had been falsely cropped. A longer footage of the interaction between Biden and Bennett showed the US president responding to Bennett seconds after the edited video ended.

Netanyahu’s Likud party responded to the criticism that followed his Facebook post and claimed that the former prime minister was mocking his successor and not the US president.

“Contrary to the distorted picture broadcast in the media, former Prime Minister Netanyahu did not criticize President Biden, whom he has known and cherished as a friend of ‘Israel’ for 40 years,” the party claimed. “His criticism was directed exclusively at Naftali Bennett, who during his visit to the White House spoke at length about nothing.”

Biden and Bennett met on 27 August at the White House after their earlier scheduled meeting was delayed by a day due to a suicide bombing at the Kabul airport, which had killed 169 Afghans and 13 US troops.

Days after the meeting, a member of the Likud Party had tweeted an edited video on social media, insinuating that Biden fell asleep during the meeting with Bennett. The video went viral and gathered more than 6.5 million views, but was soon tagged as “manipulated media” by Twitter.